US President Donald Trump asserted that the percentage will gradually increase, up to 25 per cent, ‘until the Illegal Immigration problem is remedied.’ 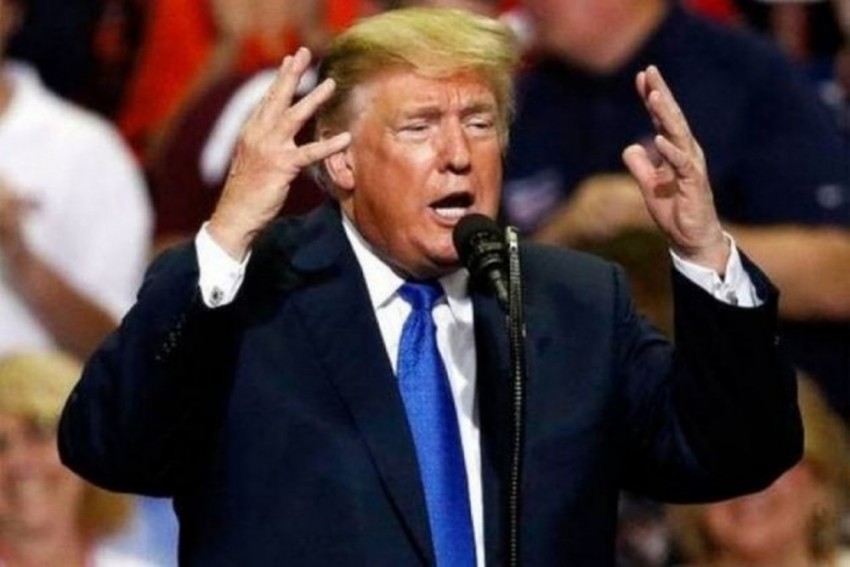 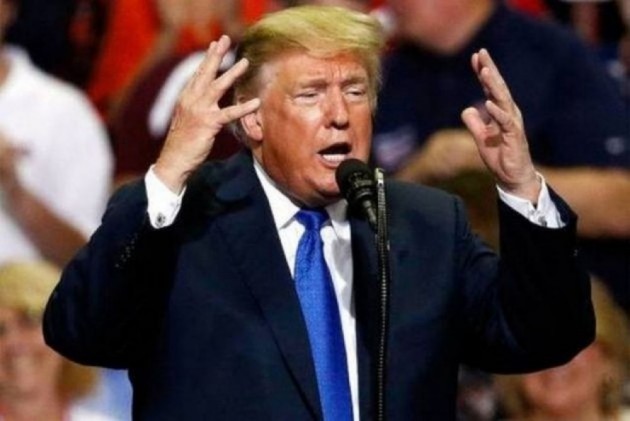 In a surprise announcement that could compromise a major trade deal, President Donald Trump announced on Thursday that he is slapping a 5 per cent tariff on all Mexican imports, effective June 10, to pressure the country to do more to crack down on the surge of Central American migrants trying to cross the US border.

He said the percentage will gradually increase, up to 25 per cent — "until the Illegal Immigration problem is remedied."

The decision showed the administration going to new lengths, and looking for new levers, to pressure Mexico to take action, even if those risk upending other policy priorities, like the United States-Mexico-Canada Agreement, a trade deal that is the cornerstone of Trump's legislative agenda, and beneficial to his reelection effort.

Trump made the announcement by tweet after telling reporters earlier Thursday, that he was planning "a major statement" that would be his "biggest" so far on the border.

"On June 10th, the United States will impose a 5 per cent Tariff on all goods coming into our Country from Mexico, until such time as illegal migrants coming through Mexico, and into our Country, STOP. The Tariff will gradually increase until the Illegal Immigration problem is remedied," he wrote, "at which time the Tariffs will be removed."

Trump has accused the Mexican government of failing to do enough to halt the flow of asylum-seekers from countries including El Salvador, Honduras and Guatemala. And he has been itching to take increasingly radical, headline-grabbing action on the issue, which he sees as critical to his 2020 reelection campaign because it energizes his base.

But the sudden tariff threat comes at a peculiar time, given how hard the administration has been pushing for passage of the USMCA, which would update the North American Free Trade Agreement.

It comes less than two weeks, after Trump lifted import taxes on Mexican and Canadian steel and aluminum, a move that seemed to clear an obstacle to passage of his North American trade deal, and the same day that both the Mexican government and the Trump administration began the process of seeking ratification. The deal needs approval from lawmakers in all three countries for it to be ratified.

Daniel Ujczo, an international trade lawyer based in Ohio, said the move puts lawmakers who want to vote "yes" in an awkward position, because companies in their home states will end up paying the tariffs, and it could slow down the deal's ratification in Mexico, where President Andrés Manuel López Obrador on Thursday requested a special session of the Senate, which is in recess, to consider the matter.

"The tariffs certainly put the USMCA on ice," said Gary Hufbauer, an expert in trade law at the Peterson Institute for International Economics, who said Trump has the power to impose the tariffs under the International Emergency Economic Powers Act by citing a national emergency, which Trump did.

"The drama is legal, but it's preposterous," he said.

Still, Ujczo and others wondered whether Trump, who has a habit of creating problems, and then claiming credit when he rushes in to solve them, would go through with the threat.

"This seems more theater and tactics than a strategy to solve the migration crisis and rebalance North American trade," Ujczo said.

Just a few days later, however, he backed off the threat, saying he was pleased with steps Mexico had taken in recent days. It was unclear, however, what Mexico had changed.

Indeed, on a briefing call with reporters Thursday evening, administration officials said there were several things Mexico could do immediately to prevent the tariffs from kicking in, including securing their southern border with Guatemala and entering into a "safe third country agreement", that would make it difficult for those who enter Mexico from other countries to claim asylum in the US.

"We're going to judge success here by the number of people crossing the border and that number needs to start coming down immediately, in a significant and substantial number," said acting White House chief of staff Mick Mulvaney.

He also insisted that tariffs were "completely" separate "and apart from the USMCA", because one pertained to trade and the other immigration.

"The two are absolutely not linked," he said.

In Mexico, trade negotiator Jesus Seade responded with a mix of alarm and dismissal. He called the matter "most serious", but also downplayed the likelihood the tariffs would go into effect.

"It is no secret to anyone that Trump is very active in his use of Twitter and he launches many tweets that are later changed," he said.

The threat drew a withering response from Republican Rep. Sen. Chuck Grassley, a usual Trump ally, who slammed it as "a misuse of presidential tariff authority" that would burden American consumers and "seriously jeopardize passage of USMCA."

Mulvaney said the White House had briefed some Republican members of Congress on the plan, and acknowledged that some, particularly in the Senate, had raised concerns about the president invoking such powers.

Trump's tariff threat comes at a time when Mexican authorities have been stepping up their efforts, carrying out migrant raids and detaining thousands of people traveling through the country en route to the US.

Exit From Preferential Trade Status For India 'Done Deal': US