The suit, filed at the US Federal District Court in Miami, Florida, seeks to have Section 230 of the 1996 Communications Decency Act overturned. 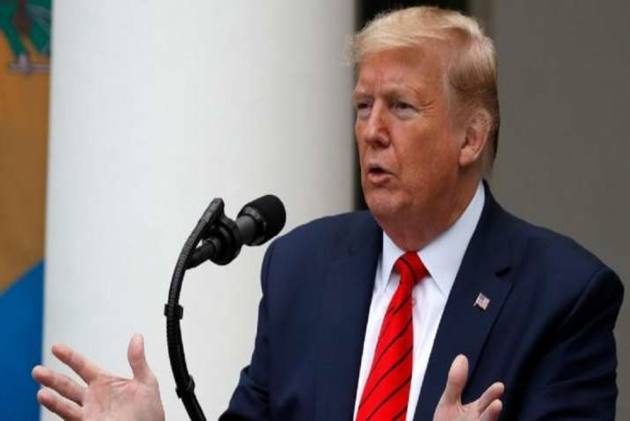 The former president claims the companies have unfairly censored him and other conservatives. A tech industry trade group called the class action lawsuit "frivolous."

Former US President Donald Trump, speaking in Bedminster, New Jersey, announced on Wednesday that he had filed a lawsuit against Facebook, Twitter, Google and their CEOs, claiming they had unfairly infringed upon his First Amendment right to free speech as protected by the US Constitution.

"Today, in conjunction with the America First Policy Institute, I'm filing as the lead class representative, a major class-action lawsuit against the big tech giants including Facebook, Google and Twitter as well as their CEOs, Mark Zuckerberg, Sundar Pichai and Jack Dorsey — three real nice guys," he said.

Claiming the companies had become "enforcers of illegal, unconstitutional censorship," the politician said, "We will achieve a historic victory for American freedom and at the same time, freedom of speech."

Trump wants his megaphone back

The suit, filed at the US Federal District Court in Miami, Florida, seeks to have Section 230 of the 1996 Communications Decency Act overturned. The law provides protections for internet and social media sites regarding content posted by users.

While in office, Trump and his Republican allies attempted to overturn Section 230, claiming the companies had abused the protections provided by it to silence conservative voices.

The former president was banned from the platforms after his supporters stormed the US Capitol on January 6 — an attack that resulted in five deaths — with the tech companies citing concerns that Trump would incite further violence after continually using his social media accounts to spread lies about the 2020 US presidential election.

Although he has doggedly maintained that he actually won the election — a claim that has been deemed baseless by the courts, the US Department of Justice and state election officials — his reach has been widely curtailed as a result of the bans.

His newest lawsuit is based on the fallacy that private companies are bound to the same First Amendment requirements that the US government is — they are not.

By seeking class action status for the suit, Trump would represent the interests of other Twitter, Facebook and YouTube users who claim they, too, have been unfairly censored.

Wednesday's filing asks the court to award unspecified damages, declare Section 230 of the Communications Decency Act unconstitutional and restore the accounts of Trump and other plaintiffs.

Matt Schruers, president of the tech industry's Computer & Communications Industry Association (CCIA) trade group, which includes all three firms named in the suit, says internet companies have a right to enforce their terms of service.

"Frivolous class action litigation will not change the fact that users — even US presidents — have to abide by the rules they agreed to," says Schruers.