The vote in the Democratic-controlled House was 232-197 following a deadly assault on American democracy, with 10 Republicans joining the Democrats in backing impeachment. 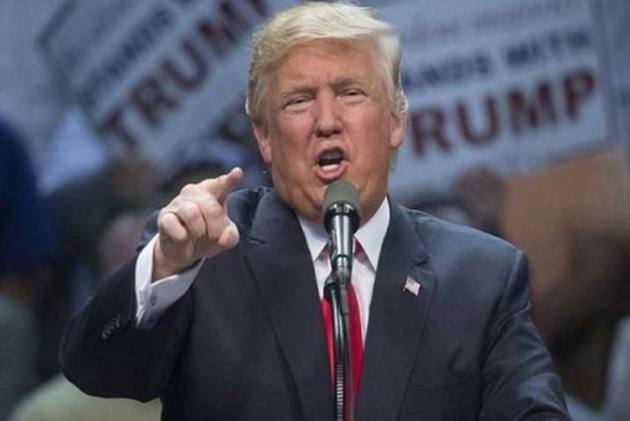 Donald Trump becomes first US President to be impeached twice –Ten Republican Congressmen on Wednesday voted in favour of an article of impeachment that charged Trump with a count of "incitement of insurrection" for his actions on January 6, when he delivered a speech inciting his supporters to storm the US Capitol.

The US House of Representatives impeached President Donald Trump by 232 to 197 votes.

The US Capitol violence had temporarily halted the counting of Electoral College votes and resulted in the deaths of five individuals, including an officer of the US Capitol Police.

The impeachment now moves to the Senate, which will conduct a trial and a voting to remove the president from office. The Senate is adjourned till January 19, a day before the inauguration of Joe Biden as the 46th President of the United States.

"We know that the President of the United States incited this insurrection, this armed rebellion, against our common country. He must go," House Speaker Nancy Pelosi said, participating in the impeachment debate.

"He is a clear and present danger to the nation that we all love. Since the presidential election in November – an election the President lost – he has repeatedly held about – lied about the outcome, sowed self-serving doubt about democracy and unconstitutionally sought to influence state officials to repeal reality. And then, came that day of fire we all experienced," she said.

Pelosi asserted that the President must be impeached. "I believe, the President must be convicted by the Senate, a constitutional remedy that will ensure that the republic will be safe from this man who is so resolutely determined to tear down the things that we hold dear and that hold us together," she added.

House Majority Leader Steny Hoyer said the actions of the President of the United States demanded urgent and clear action by the Congress.

"He ought to be removed. And we have that opportunity to do so. Is there little time left? Yes. But it is never too late to do the right thing," Hoyer said.

Senate Majority Leader Mitch McConnell has not yet announced the dates for the trial. In a statement, he said a trial is unlikely before Biden becomes the president of the country.

Democratic Senator Debbie Stabenow said he would vote to remove the president. The Democrats need 17 Republican votes to impeach Trump in the Senate.

"Last week, our nation experienced a deadly insurrection at the US Capitol inspired and encouraged by the current President of the United States. Our country cannot heal and move forward without accountability and justice. When the article of impeachment comes before the Senate, I intend to support removing Donald Trump from office," Stabenow said.
With PTI inputs