Trump is charged with abuse of office and obstruction of Congress but Democrats, who led the three-month House investigation, are threatening to delay sending the articles of impeachment to the Senate until they are reassured the process will be fair. 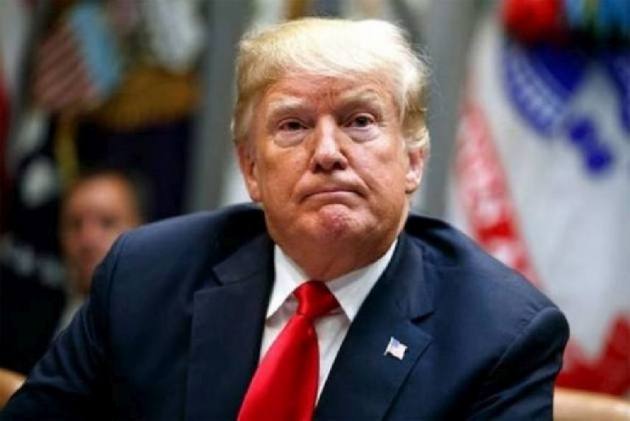 US President Donald Trump pressed his Republican allies Thursday to exert rigid control of his Senate trial and ensure a swift exoneration, a day after he was impeached in a historic rebuke by the House of Representatives.

A bitter fight looms over the coming trial, expected to begin as early as the second week of January, with Senate leaders already drawing battle lines over the evidence that will be allowed.

But its fate was left in limbo late Thursday when the Senate's powerful majority leader, Mitch McConnell signalled the standoff with Democrats over trial particulars would continue into the new year.

"We remain at an impasse on these logistics," McConnell said on the floor, as he announced the Senate had completed its business until January.

Trump seized on the uncertainty to attack House Democrats for seeking to demand key witnesses or dictate how McConnell should run the process.

"I want an immediate trial!" he boomed on Twitter.

Trump is charged with abuse of office and obstruction of Congress but Democrats, who led the three-month House investigation, are threatening to delay sending the articles of impeachment to the Senate until they are reassured the process will be fair.

"I got Impeached last night without one Republican vote being cast with the Do Nothing Dems on their continuation of the greatest Witch Hunt in American history," Trump tweeted.

"Now the Do Nothing Party want to Do Nothing with the Articles & not deliver them to the Senate, but it's Senate's call!" Trump, the third president in US history to be impeached, suggested that the Democrats would "lose by default" if they decided not to show up at a date determined by the Senate.

The House voted along party lines Wednesday to charge Trump with abuse of power for pressuring Ukraine's president to investigate his potential White House challenger in 2020, the veteran Democrat Joe Biden.

Lawmakers also approved a second article of impeachment, obstruction of the congressional probe into his Ukraine dealings.

The vote leaves a permanent stain on Trump's legacy -- one that he appeared determined to mask with acquittal by the Senate.

At the White House Trump welcomed one of the two Democrats who voted against impeachment, congressman Jeff Van Drew, who announced he was switching parties to join the Republicans.

"You know what? It's a phony deal and they cheapen the word 'impeachment,'" Trump said.

"That should never again happen to another president." The Senate Republicans have a 53-47 majority that makes the math for clearing Trump straightforward -- conviction and removal would require a two-thirds guilty vote on either charge.

The House must formally transmit the articles of impeachment to the Senate for the case to be taken up there.

But House Speaker Nancy Pelosi balked at immediately transmitting them, saying she wants to understand what the parameters of the trial will be before naming House managers who will prosecute the case before the senators.

Trump blocked all four from testifying in the House, and Democrats believe their appearances at trial would bolster the case for conviction.

In a floor speech Thursday, McConnell ridiculed the witness demand and the evidence used as the basis for the impeachment articles.

He accused Democrats of a "partisan crusade" and said they had conducted the "most rushed, the least thorough and most unfair impeachment inquiry in modern history." No two impeachments are quite the same, but Trump was charged 84 days after Pelosi announced the inquiry.

Lawmakers voted to send Bill Clinton to a Senate trial 72 days after the inquiry was authorised while Richard Nixon resigned 183 days into his impeachment.

Andrew Johnson's impeachment in 1868 took less than a week, although it is generally held up as the most frivolous.

McConnell, who has substantial power in planning the Senate trial this time around, urged fellow jurors to exonerate Trump.

"The Senate must put this right. There is only one outcome that is suited to the paucity of evidence, the failed inquiry, the slapdash case," he said.

But top Senate Democrat Chuck Schumer blasted him for prejudging the case and rejecting the call for witnesses.