Donald Trump: US Had Enough Of 19 Years In Afghanistan

Early this month, Donald Trump announced that he will bring all troops back from Afghanistan by year-end. 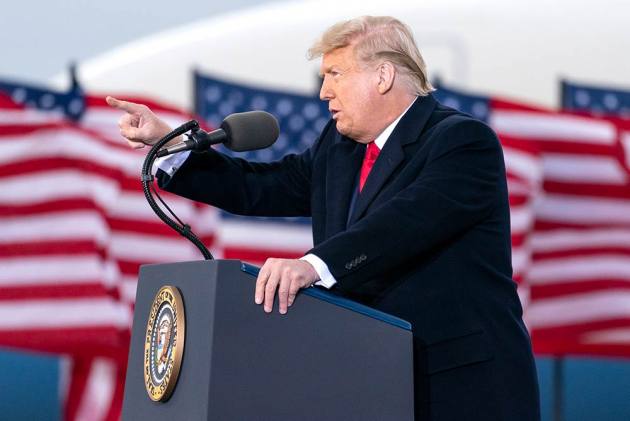 The US has had enough of 19 years in Afghanistan, President Donald Trump has said, reiterating that American troops are coming back from the war-torn country.

Trump has repeatedly said that he would bring home all the US troops from "endless wars". It was also one of the promises he made during his 2016 Presidential campaign.

Last month, he said that the United States will reduce the number of its troops in Afghanistan to 4,000 in a very short period of time.

“We never had anything like it -- and sacrificing American blood and treasure in endless foreign wars in countries that you've never even heard of. And they're all coming back. You know that, right? I hope nobody objects,” Trump told his supporters on Wednesday at an election rally in Gastonia, in the battleground state of North Carolina.

Early this month, Trump announced that he will bring all troops back from Afghanistan by year-end. The Pentagon had expressed surprise over it, while the Taliban had welcomed the move.

The US and the Taliban signed a landmark deal in Doha on February 29 to bring lasting peace in war-torn Afghanistan and allow US troops to return home from America's longest war.

Under the US-Taliban pact signed in Doha, the US has agreed to reduce its troops in Afghanistan from 13,000 to 8,600 in the next 130 days and withdraw all its soldiers in 14 months.