'It Was Mistake, Offer Sincere Apology': Top US Commander On Kabul Drone Strike

The US had carried out drone strikes in Kabul, following ISIS-K suicide bombing at the airport. 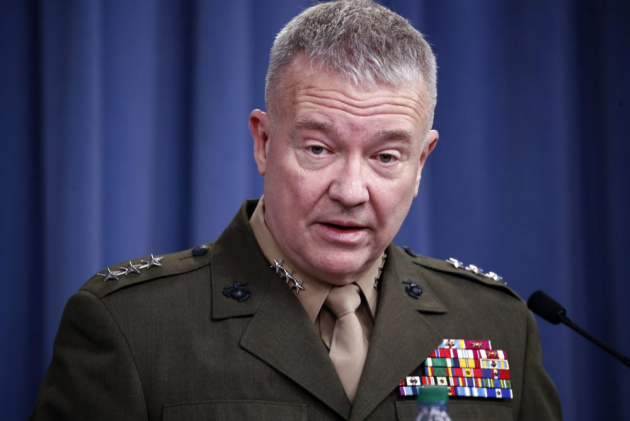 Saying the drone strike by the US forces in Kabul last month was a “mistake”, a top US military commander has tendered apology for the incident.

The US had carried out drone strikes in Kabul to target ISIS-K terrorists, days after a suicide bombing by the outfit at the city airport had killed 10 civilians, including seven children.

Briefing reporters on the results of the investigation of the August 29 strike, General Frank McKenzie, the commander of the US Central Command, also said it was "unlikely that the vehicle and those who died in the drone strike were associated with ISIS-K or were a direct threat to US forces".

However, the strike must be considered in the context of the on-ground situation at the Hamid Karzai International Airport following the ISIS-K attack that killed 13 soldiers, sailors, and Marines and more than 100 civilians. Also, a substantial body of intelligence had indicated the imminence of another attack, he said.

Gen. McKenzie said that having thoroughly reviewed the findings of the probe and supporting analysis, he is convinced that as many as 10 civilians, including up to seven children, were tragically killed in that drone strike.

"It was a mistake, and I offer my sincere apology. As the combatant commander, I am fully responsible for this strike and this tragic outcome," he told reporters at a Pentagon news conference.

"Moreover, we now assess that it is unlikely that the vehicle and those who died were associated with ISIS-K or were a direct threat to US forces. I offer my profound condolences to the family and friends of those who were killed. This strike was taken in the earnest belief that it would prevent an imminent threat to our forces and the evacuees at the airport," he said.

Gen McKenzie said that 48 hours before the strike, sensitive intelligence indicated that the compound was being used by ISIS-K planners to facilitate future attacks.

"We were also receiving a significant number of reports indicating multiple avenues of attack, being planned simultaneously by ISIS-K would attempt to harm our forces, with rockets, suicide explosive vests, and vehicle-borne improvised explosive devices," he said.

"In the 36 hours preceding the strike, our leaders at the airport and in the strike cell received more than 60 different pieces of intelligence related to imminent threats, with some corroborating and some conflicting with events observed from our UAVs flying above Kabul throughout the day," the commander of the US Central Command added.

One of the most recurring aspects of the intelligence was that ISIS-K would use a white Toyota Corolla as a key element in the next attack. Since the compound at point number one was the strongest lead for the series of imminent attacks, intense surveillance of the compound was initiated on the morning of August 29, he said.

Giving a detailed account of the strike, Gen McKenzie said the investigation now concludes that the strike was a tragic mistake.

"First, I will stress, this was not a rushed strike. The strike cell followed and observed this vehicle and its occupants for eight hours while cross-checking what they were seeing with all available intelligence to develop a reasonable certainty of the imminent threat that this vehicle posed to our forces,” he said.

While the initial reports indicated a secondary explosion, the initial investigation could only conclude that there was a possible to probable presence of external accelerants that could include either explosive material in the vehicle or ignition of the gas tank of the vehicle.

Subsequent analysis could not rule out the presence of a small amount of explosive material but determined that the most likely cause was the ignition of gas from a propane tank located immediately behind the car, Gen McKenzie explained.

"While the team conducted the strike did so in the honest belief that they were preventing an imminent attack on our forces and civilian evacuees, we now understand that to be incorrect," he said.

"I'm here today to set the record straight and acknowledge our mistakes. I will end my remarks with the same note of sincere and profound condolences to the family and friends of those who died in this tragic strike," Gen McKenzie said, adding the US is exploring the possibility of ex gratia payments. (With PTI inputs)