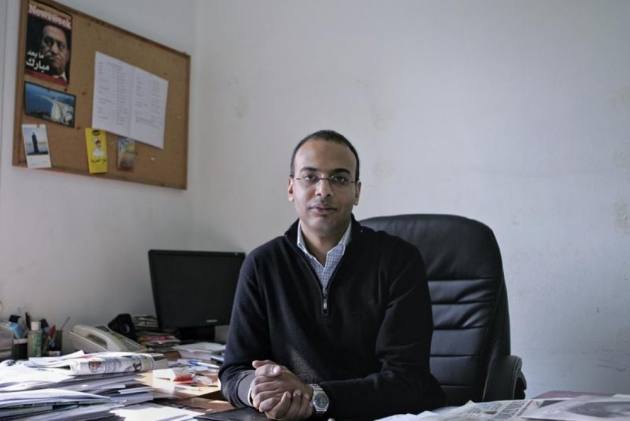 Egyptian authorities released two activists and a journalist Sunday after months in pre-trial detention, officials and lawyers said, amid concern by President Joe Biden's administration over the arrest and harassment of government critics.

State security prosecutors ordered the release of the three late Saturday pending ongoing investigations into charges against them, according to two judicial officials. They spoke on condition of anonymity because they were not authorised to brief the media.

Esraa Abdel-Fattah, a pro-democracy activist and writer, walked free early Sunday, her sister Shimaa wrote in a Facebook post. She was a co-founder of the April 6 movement that played a crucial role in the 2011 pro-democracy uprising that toppled longtime autocrat Hosni Mubarak.

Abdel-Fattah was arrested in October 2019 in a city west of Cairo, during a crackdown that followed small but rare anti-government protests. Hundreds were arrested at the time, but many were later released.

She faces charges of spreading false news, being a member of a banned group and misuse of social media, but despite the lengthy detention has yet to stand trial, according her lawyers.

Authorities also released journalist Gamal el-Gamal, said rights lawyer Nasser Amin. El-Gamal is widely known for his columns critical of the government of President Abdel Fattah el-Sissi. Amin posted a photo on Facebook showing him sitting with el-Gamal at home after his release.

Security forces arrested el-Gamal in February upon arrival at Cairo International Airport from Turkey, where he had lived since 2017.

Ismail was arrested in the September 2019 crackdown. He was accused of spreading false news and of joining a terrorist organisation.

The accusations stem from a tweet Bahgat wrote last year blaming the election authority's chairman for allegedly mishandling last year's parliamentary vote, according to the Egyptian Initiative for Personal Rights, or EIPR, the organisation Bahgat founded 18 years ago.

“We've communicated to the Egyptian government our strong belief that individuals such as Hossam Bahgat should not be targeted for expressing their views peacefully,” Price said last week.

“As a strategic partner we've raised these concerns with the Egyptian government, and we will continue to do so going forward.”

Journalists have also been targeted, with dozens imprisoned and some foreign journalists expelled.

Egypt remains among the world's top jailers of journalists, along with Turkey and China, according to the Committee to Protect Journalists.