Elon Musk Is TIME’s Person Of The Year: 10 Tweets Of SpaceX Owner That Went Viral In 2021

Elon Musk became TIME's Person of the Year 2021. Here's a look at Musk's most viral tweets (so far) for this year. 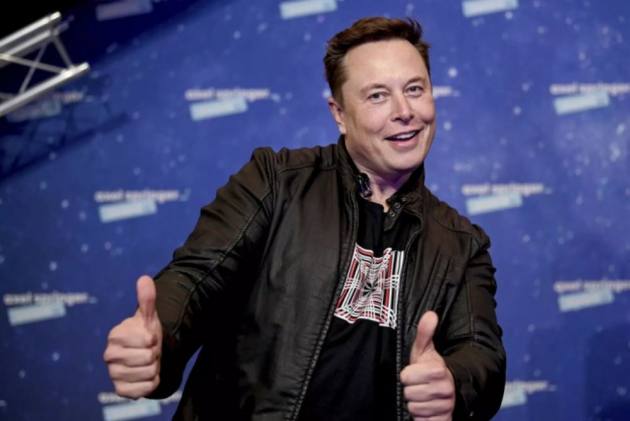 Elon Musk is TIME’s Person of the Year. The tech billionaire and CEO of SpaceX, currently the world’s richest person and more than often, and a meme sharer on Twitter needs no introduction.

A viral internet personality for his peculiar, funny (or weird) and cheeky tweets every now and then, Musk is a topic of discussion for many Twitter lovers. From sharing his love for cryptocurrency to information on Mars, Musk’s tweets are buzzing all over the internet, and always.

While TIMES announced him to ‘the’ person, let’s have a look at some of Musk’s tweets that had sent social media in a tizzy in 2021.

Would you agree that Musk is a Mars coloniser? Or maybe a Mars aspirer, whatever one may say. With several space agencies racing to explore the planet, Musk’s tweet in February had Twitterati in stitches. After NASA released the slow rotation of the Red Planet, captured by the Hubble telescope, Musk had a cheeky response: “Hey babe”.

.@KremlinRussia_E would you like join me for a conversation on Clubhouse?

With Clubhouse creating quite a buzz early this year, Musk’s love for the audio-video app was quite visible all over. However, one of his tweets had him inviting Kremlin, the office of the Russian Federation, for a chat with him on Clubhouse. Before Twitter could figure out why Musk would tweet to Kremlin, Kremlin spokesperson Dmitry Peskov responded saying he would think about it.

Much is made lately of unrealized gains being a means of tax avoidance, so I propose selling 10% of my Tesla stock.

Do you support this?

In November Musk had hit headlines for wanting to sell 10 per cent of Tesla’s stock. Why? Well, billionaires across the globe often come under media scrutiny for not utilising their ample wealth for the well-being of society. Prior to the tweet, a report suggested that a fraction of the world’s richest people could solve the global hunger problem suffered by hundreds. Triggered, Musk asked how could $6 billion dollars be a solution to the scarcity of food engulfing countries all around. Following this Musk had tweeted that he proposed to sell some per cent of his stock and would abide by the poll results, irrespective of whichever way it goes.

Found this pic of me as a child pic.twitter.com/hUEKluRAdP

In June, Musk had tweeted an image from ‘1980’. One might be curious to see young Musk, but hold on. It’s just another #MuskMeme. The image featured Shiba Inu dog sticker, a symbol of cryptocurrency Dogecoin, against computers. And it read, “I have to keep my passion hidden from the public or I will be publicly ostracized.” Musk tweeted the image captioned as “Found this pic of me as a child”.

When NASA announced the launch of DART, the world’s first mission to test technology for defending Earth against potential asteroid or comet hazards, tweeting, “Asteroids have been hitting the Earth for billions of years. Now, we begin to make it stop”, Musk had a quirky reply, “Avenge the dinosaurs!!”

Musk is active on Twitter and his promptness now has evidence with this tweet: “Checking”. When South Korea’s Tesla owner, Jaehwan Cho, tweeted to Musk about a technical error, the reply was in less than three minutes. Bravo Musk!

When the official account of Tesla had tweeted in January that Elon Musk is the world’s richest person, Musk had the ‘strangest’ reply, “How strange”!

Not all of Musk’s tweets were deemed funny and cheeky. When US Senator Bernie Sanders tweeted, “We must demand that the extremely wealthy pay their fair share. Period,” Musk’s response drew a lot of flak from netizens.“I keep forgetting that you’re still alive,” replied Elon, adding, “Want me to sell more stock, Bernie? Just say the word …”