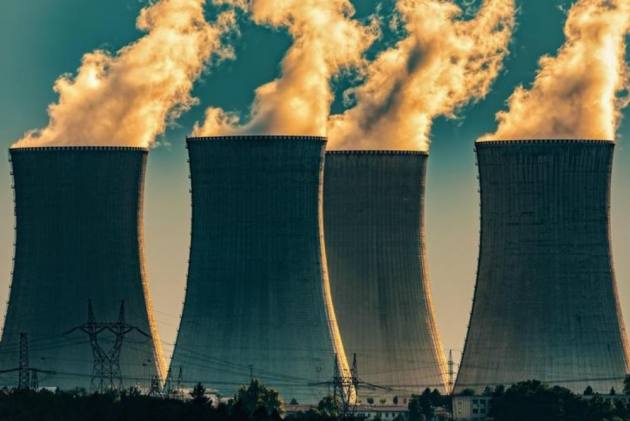 Germany's Vice-Chancellor Robert Habeck has accused the EU of "greenwashing" over a new energy proposal. The EU Commission says that nuclear and gas energy can help the bloc achieve sustainability.

The proposal was sent to European Union member states late on Friday night, as 2021 was coming to a close.

The controversial plan, which aims at directing investment towards energy production within the bloc, is set to play out amid an already-existing rift within the bloc.

Supporters of the proposal have argued that gas is "cleaner" than alternatives such as coal and that nuclear energy produces zero carbon emissions.

Opponents reject these options in the pursuit of environmental sustainability. Germany's Vice-Chancellor Robert Habeck, from the environmentalist Green Party, said the plan would "water down" current efforts.

What does the draft document propose?

The guidelines set out in the draft document would limit the green label to only those nuclear power plants that used the most up-to-date technological standards with strict plans for waste disposal.

Likewise for gas plants, only those using the highest standards could be considered for the classification — with a limit of 100 grams of carbon dioxide released per kilowatt-hour of energy produced.

Member states have until January 12 to react to the draft. If the majority supports the proposal, then it would come into effect from 2023.

The Commission said the plan would "accelerate the phaseout of more harmful sources, such as coal, and in moving us towards a more low-carbon greener energy mix."

How did German lawmakers react?

"We can't foresee an approval for the new proposals from the EU Commission," Habeck told the German press agency dpa.

He called the labeling of nuclear energy as sustainable "wrong," pointing to the long-term effects of nuclear waste.

"It's more than dubious," Habeck said. "It's questionable anyway if this greenwashing will find any kind of acceptance on the financial market."

His sentiments were mirrored by the German Environment Minister Steffi Lemke.

"I find it completely wrong that the European Commission is intending to classify nuclear energy as a sustainable economic activity," the Green party lawmaker told the Funke media group.

While Germany has seen increasing opposition to nuclear energy since the disaster at Japan's Fukushima plant in 2011 — resulting most recently in the closure of three out of the country's six remaining plants on December 31 — France has led the charge in favor of nuclear power as a clean alternative.

France is heavily reliant on nuclear energy. Paris also took over the presidency of the EU for the first half of 2022.

Member states in the east and south of the bloc that are more reliant on fossil fuels have also defended gas as a possible transitional energy source.

The prospects of the draft being shot down are slim since only a handful of EU countries besides Germany have spoken out against nuclear power.