US media report quotes intelligence sources who intercepted a conversation between Mohammed bin Salman and an aide in 2017. 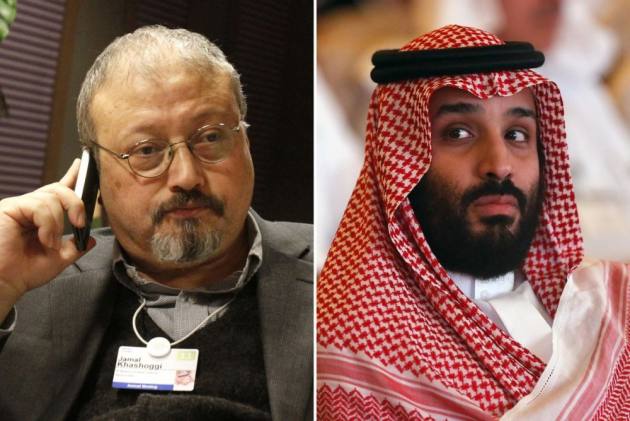 The death of Saudi journalist Jamal Khashoggi inside his country's consulate in Istanbul was the consequence of a plan hatched by officials of the kingdom, a UN rapporteur said on Thursday.

"Evidence collected during my mission to Turkey shows prime facie case that Mr. Khashoggi was the victim of a brutal and premeditated killing, planned and perpetrated by officials of the State of Saudi Arabia," Agnes Callamard said.

Presenting her preliminary findings, the rapporteur thanked Turkey for its efforts to carry out a rapid, complete, independent and impartial investigation into Khashoggi's October 2, 2018, murder, Efe reported.

Callamard, who traveled to Turkey with a team that included a serious-crime investigator and a forensics expert, said she found that Saudi Arabia was hindering and undermining Turkish authorities' efforts to elucidate the circumstances of the journalist's death.

"Woefully inadequate time and access was granted to Turkish investigators to conduct a professional and effective crime-scene examination and search required by international standards for investigation," she said.

Khashoggi's murder violated international law and the rules that regulate relations between countries and the status of diplomatic missions, she said.

"Guarantees of immunity were never intended to facilitate the commission of a crime and exonerate its authors of their criminal responsibility or to conceal a violation of the right to life," she said in a statement released by the office of the UN High Commissioner for Human Rights in Geneva.

In that light, Callamard said, "the circumstances of the killing and the response by (Saudi) State representatives in its aftermath may be described as 'immunity for impunity.'"

Among the evidence to which the UN expert had access to were "parts of the chilling and gruesome audio material obtained and retained by the Turkish Intelligence agency."

Callamard and her team will continue their investigation in the upcoming weeks and she urged anyone with any information about the assassination to come forward.

The team's final report will be presented in June to the UN Human Rights Council.

Long a member of the Saudi establishment, Khashoggi became estranged from the government in Riyadh as a result of his criticism of Crown Prince Mohammed bin Salman and had been living in self-imposed exile in the US since 2017.

It took the Saudi government weeks to acknowledge that Khashoggi, a columnist for The Washington Post, died inside the consulate in Istanbul, where he had gone to obtain documents enabling him to marry his Turkish fiancee.

While Saudi prosecutors have charged a dozen government officials for the murder, the kingdom continues to insist that the crown prince had not had any prior knowledge of the operation in Istanbul, whose original aim was to bring Khashoggi back to Riyadh.