In the essay, former Pope, Benedict XVI, has said that the changes in traditional moral standards on sexuality, both in society and within the Catholic Church, laid the groundwork for the sex abuse crisis. 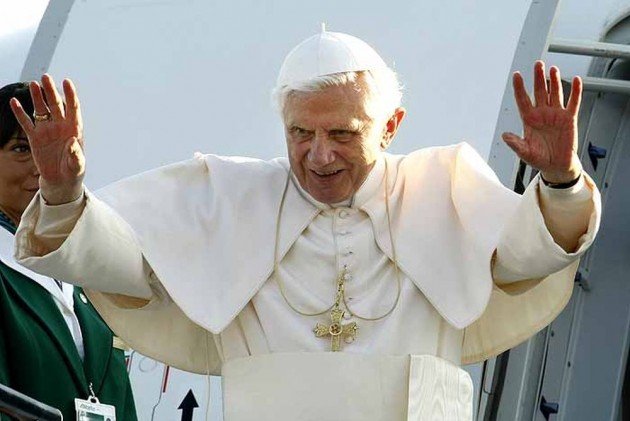 Pope Benedict XVI, who resigned from the Vatican in 2013, has broken his silence on the sex abuse crisis in the Catholic Church, claiming that it was caused in part by the sexual revolution of the 1960s, and the liberalization of the church's moral teaching.

In an 11-page analysis published on Thursday in a German magazine for priests, Klerusblatt, the former Pope also revealed some of the behind-the-scenes struggles, between the Vatican and American bishops in handling the crisis, and admits that the Vatican was initially overwhelmed in dealing with it, CNN reported.

A top Vatican official has confirmed the essay's authenticity to CNN. Since his resignation in 2013, Benedict has rarely left his monastery high on a hill in Vatican City.

In his farewell address as pope, Benedict promised to stay "hidden" from the world, though he has spoken out occasionally on church matters.

"Since I myself had served in a position of responsibility as shepherd of the Church at the time of the public outbreak of the crisis, and during the run-up to it, I had to ask myself, even though, as emeritus, I am no longer directly responsible -- what I could contribute to a new beginning," Benedict wrote, in explaining why he is speaking out now.

Since his resignation in 2013, Benedict, 92, has rarely left his monastery high on a hill in Vatican City.

In the essay, he asserted that the changes in traditional moral standards on sexuality, both in society and within the Catholic Church, laid the groundwork for the sex abuse crisis.

"Part of the physiognomy of the Revolution of '68," he writes, "was that pedophilia was then also diagnosed as allowed and appropriate".

Benedict said, that this mentality also affected bishops and Catholic seminaries and caused, "the extensive collapse of the next generation of priests".

"In various seminaries homosexual cliques were established," he writes, "which acted more or less openly and significantly changed the climate in the seminaries".

Benedict cites, that one bishop showed seminarians pornographic films, "allegedly with the intention of thus making them resistant to behavior contrary to the faith".

Liberal theologians, who questioned the church's traditional norms on sexuality are also partly to blame, the former Pope added.

Benedict also revealed that the Vatican's two investigations into US seminaries, called Apostolic Visitations, were thwarted by cover-up. But he did not elaborate on who was involved.

As word of Benedict's essay spread, conservative Catholics hailed it, while others called it "embarrassing", CNN said.