Status Of Women Is The Status Of Democracy: US Vice President Kamala Harris

Kamala Harris expressed concern over the decline of democracy and freedom across the globe in her address to the 65th Session of the UN Commission on the Status of Women. 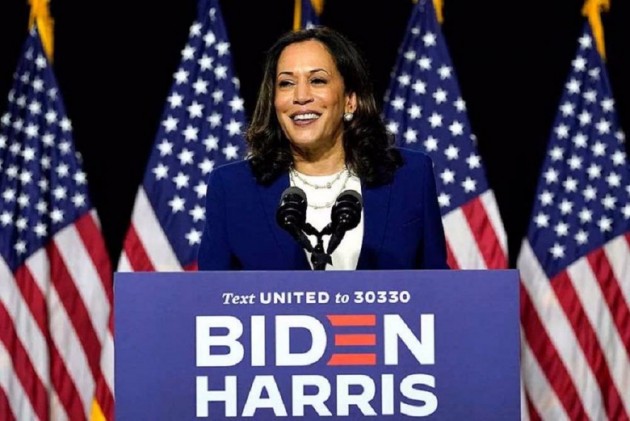 In her first address to the United Nations as the Vice President of the US, Kamala Harris raised a question around participation of women in the decision-making processes of a country and said that the status of democracy depends fundamentally on the empowerment of women, whose exclusion from decision-making is a marker of a "flawed democracy".

The Vice President expressed concern over the decline of democracy and freedom across the globe in her address to the 65th Session of the UN Commission on the Status of Women.

"Today, we know that democracy is increasingly under great strain. For 15 consecutive years, we have seen a troubling decline in freedom around the globe. In fact, experts believe that this past year was the worst on record for the global deterioration of democracy and freedom,” she said.

Harris said the United States was strengthening its engagement with the world organisation and the broader multilateral system, as well as rejoining the Human Rights Council.

She emphasised that even as the world confronts a global health crisis and an economic crisis, it was critical that “we continue to defend democracy”.

"The status of democracy also depends fundamentally on the empowerment of women. Not only because the exclusion of women in decision-making is a marker of a flawed democracy, but because the participation of women strengthens democracy. And that's true everywhere,” Harris said.

The Commission on the Status of Women (CSW) is the principal global intergovernmental body exclusively dedicated to the promotion of gender equality and the empowerment of women.

Representatives of Member States, UN entities, and ECOSOC-accredited non-governmental organisations (NGOs) from all regions of the world are virtually attending the session that will run from March 15 to 26.

The theme for this year’s session is ‘Women's full and effective participation and decision-making in public life, as well as the elimination of violence, for achieving gender equality and the empowerment of all women and girls.’

Harris, America’s first woman and first Black and South Asian-descent Vice President, told the high-level session that the Covid-19 pandemic has threatened the economic security, the physical security, and the health of women everywhere.

'As women struggle to get the healthcare they need, the pandemic appears to be reversing the global gains we’ve made in the fights against HIV/AIDS, tuberculosis, malaria, malnutrition, and maternal and child mortality,” she said.

She cautioned that when women face obstacles to obtaining quality healthcare, face food insecurity, are more likely to live in poverty, and therefore disproportionately impacted by climate change, are more vulnerable to gender-based violence, and therefore disproportionately impacted by conflict, it is harder for women to fully participate in decision-making, which, in turn, makes it that much harder for democracies to thrive.

UN Secretary-General António Guterres, in his remarks to the opening of the 65th session of the Commission on the Status of Women on Monday, said the pandemic was having a devastating impact on women and girls.

"Covid-19 is a crisis with a woman’s face. The fallout has shown how deeply gender inequality remains embedded in the world’s political, social and economic systems. Those disparities have themselves exacerbated the damage — and we have all paid the price,” he said.

Quoting former First Lady Eleanor Roosevelt, who had shaped the Universal Declaration on Human Rights, Harris said: "Without equality, there can be no democracy."

She stressed that this year, in considering the status of women, especially as it pertains to the participation of women in decision-making, nations must also consider the status of democracy.

Underscoring that democracy protects human rights, promotes human dignity, and upholds the rule of law, Harris said it is a means to establish peace and shared prosperity.

“It should ensure every citizen—regardless of gender—has an equal voice. At the same time, democracy requires constant vigilance, constant improvement. It is a work-in-progress,” she said.