All you need to know about the historical and contemporary dynamics between the Taliban in Afghanistan and the violent non-state actors in Pakistan. 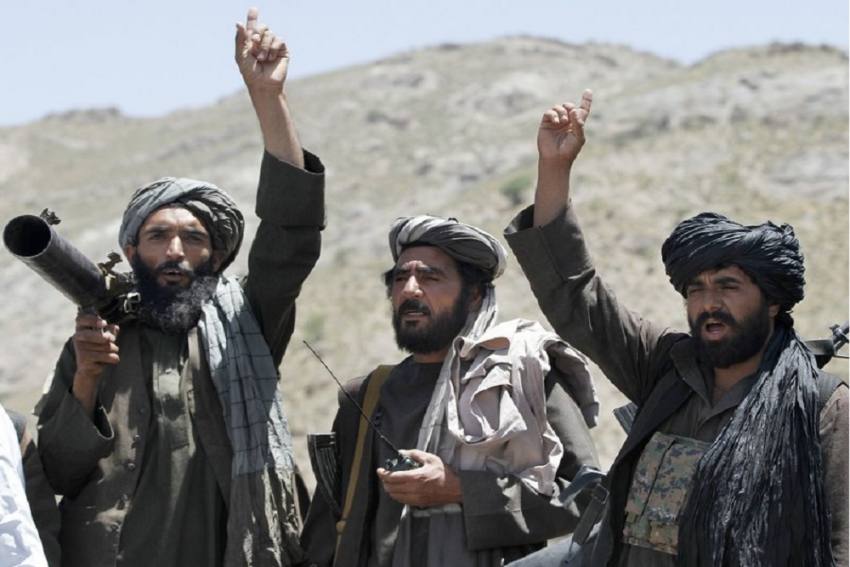 Jaish-e-Mohammed the mujahideen group functioning from Pakistan, notorious for carrying out terrorist attacks in India, including the one on a convoy of security forces in Kashmir in February 2019, has long standing ties with the Taliban. Back in 1999, when Taliban had control of around 3 quarters of the country, they hosted the hijacked Indian Airlines Flight 814 in Kandahar which was held captive for the release of Harkat-ul-Mujahideen operatives Masood Azhar, Ahmed Omar Saeed Sheikh and Mushtaq Ahmed Zargar, jailed in India. Masood Azhar later went on to head the newly formed terrorist group Jaish-e-Mohammed.

US Failed In Afghanistan Because It Believed Pak Army While Dealing With Taliban, Says Ayesha Siddiqa

Both Jaish-e-Mohammed and Taliban follow the Deobandi school of Islam, a revivalist movement across the British India in the late 19th century. Many Afghan Pashtuns were a part of the movement and these two outfits adhere to the same school of Islam. Arshad Madani, president of the Jamiat Ulama-e-Hind and principal of the Darul Uloom Deoband recently told media, “In order to fight the British, he (Maulana Mahmud Hassan Deobandi) had created a jamait of freedom fighters. During this freedom movement, he sent his close ally Maulana Ubaidullah Sindhi to Afghanistan to create an allied force to aid the freedom movement in India,” and that the emerging connection with Taliban is purely historical (coincidental).

When Pervez Musharraf, in 2001, aligned with Washington against Taliban and Al-Qaeda, their Jaish-e-Mohammed allies were set on a collision course with the government. To display their dissatisfaction, they carried out an attack on the Kashmir legislative assembly in October 2001, following the December attack on the Indian Parliament. Further insurgency by JeM was fuelled by the fighters who were returning from Afghanistan after the fall of Taliban upon US invasion.

While JeM remains a transnational terrorist organization with blurry organizational structure, the other popular terror outfit in Pakistan, Lashkar-e-Taiba is a more domesticated and organized one. It assisted LeT in the December 2001 parliament attacks.

Led by Hafiz Saeed, Lashkar hosts retired army and ISI officials as well. Abdul Rehman Makki, the brother-in-law of Hafiz Saeed, was known to be close to Taliban and assisted its operatives in Lashkar training camps. Makki was convicted in a terror financing case for 6 months in Pakistan back in January 2021. He was also very close to Mullah Omar, the founder of the Taliban movement. His brother-in-law and deputy, Mullah Abdul Ghani Baradar is rumoured to lead the Islamic Republic of Afghanistan following an official announcement after August 31. Would Abdul Rehman Makki be able to get Hafiz Saeed released (who was sentenced to 36 years in prison by an Anti-Terrorism court in Pakistan) along with his aide Zakiur Rehman Lakhvi (5 years prison) through the de-facto diplomatic pressure of the Taliban is a question which would be best answered in the upcoming days.

In his writeup ‘Manzil Ki Taraf,’ on August 16, Masood Azhar thanked God for the success of the “Mujahideen” in Afghanistan. He also claimed that Jaish functionaries were likely to be given apex responsibilities in one or two provinces of Afghanistan.

Subsequently, videos have emerged from Pakistan occupied Kashmir which show cadres of Jaish-e-Mohammad and Lashkar-e-Taiba taking part in a pro-Taliban rally and firing celebratory shots in the air.

Amid all the volatility, the Tehrik-i-Taliban Pakistan (also known as Pakistani Taliban or TTP) is expected to resurge. The TTP receives its ideological guidance from the al-Qaeda and this was the organization which had claimed responsibility for shooting Malala Yosufzai, a Pakistani schoolgirl, in 2012. One of the aims of this organization is to overthrow the Government of Pakistan by waging a terrorist campaign against the Pakistani military and state. The TTP was recently blamed by the Pakistani government in a suicide bombing attack on Chinese personnel working for the CPEC in Gwadar in August 2021. Following this, TTP chief Mufti Noor Wali Maseed also called for an attack on Pakistani Forces. Some TTP terrorists have also been released from jail by the Taliban lately. The Taliban is seeming to take this problem seriously as reports have emerged which claim that Afghan Taliban chief Haibatullah Akhundzada has set up a 3-member commission to investigate Islamabad’s complaints that the TTP was using Afghanistan to plot cross-border terrorist attacks. The resurgence of TTP in Pakistan are expected to hurt both Pakistani and Chinese (CPEC) interests in the region. Therefore, Pakistan’s Interior minister has informed that the Taliban has assured to disallow any TTP activities from its soil.

Experts, worldwide, have expressed mixed opinions on the fate of Islamic terrorism being perpetuated from the Taliban controlled Afghanistan. Some believe that groups like al-Qaeda would remain shielded and carry out malicious activities whereas some believe that Taliban is working for developing an international reputation and it will supress the activities such non state actors from its soil. How Taliban’s Pakistani violent non-state actors play out with India in this change of power is an important development to follow.

Dr. SD Pradhan, former Deputy National Security Advisor who also served as the chairman of India's Joint Intelligence Committee says, "Lashkar-e-Taiba (LeT), which is a Pak based outfit created by ISI with the specific objective of operating in the Kashmir Valley, too has linkages with Taliban leaders. How this relationship impinges on Hafiz Md Sayeed’s fate is yet to be seen, though he is virtually a guest of the Pak Establishment in ‘jail’. The larger issue of the impact on the Islamic terrorism in the region after Taliban's rise, needs to be closely watched, especially by the Indian government. The re-emergence of Afghanistan-Pakistan region as the epicentre of international terrorism is something that no ally of the India lobby would want to see happening."