In October 2021, a record 149 Chinese fighters roared through Taiwan’s identification zone, in a space of four days. The pattern of flying bombers to intimidate Taiwan has continued through the year. Will China invade Taiwan in 2022? 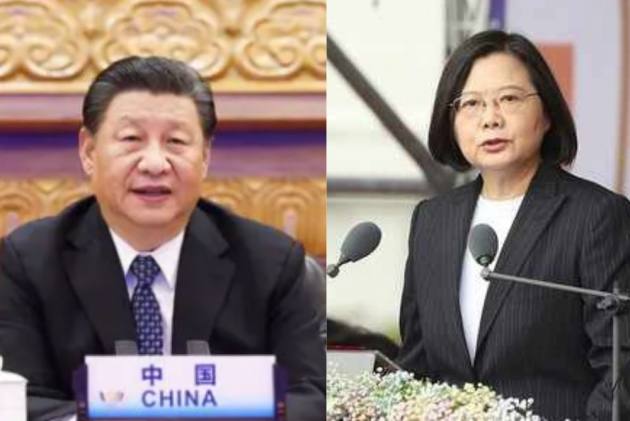 Some believe that 2022 could be the year when President Xi Jinping may be tempted to invade Taiwan to enforce the ‘One China policy’, as Beijing appears frustrated with Taipei’s defiance. In such an event, will the United States (US) remain a silent bystander? America’s involvement will bring the US in direct confrontation with China at a time when US-China ties are at an all-time low. A war over Taiwan, with the US joining in, would prove disastrous for the world. Others say that the Chinese are pragmatic and it is unlikely that they would opt for a military coup, knowing the consequences would singe Beijing. However, following the incidents in Hong Kong and Xi Jinping’s overall assertion of China’s growing military strength in Asia, the question remains -- how would China’s strong man deal with a defiant Taiwan?

Why is the ‘One China policy’ so dear to China and how does Taiwan fit into this?

The Chinese believe that there is only one China with Beijing as its capital and the Chinese Communist Party’s General Secretary Xi Jinping as its President. For China, Taiwan is a breakaway province which in time will be part of the country.
Taiwan was occupied by the Japanese, but after the allied victory in 1947, the defeated Japanese emperor had to return Taiwan to China. In 1949, when Mao Zedong’s Communist Revolution ended in China, the defeated nationalists, known as the Kuomintang, fled to Taiwan and set up their own government and claimed that they represented the real China and officially declared themselves as the Republic of China(ROC).

US To Deepen Ties With Taiwan Amid China Scare

The Communists meanwhile had actual control of the mainland and renamed it the People’s Republic of China. The Communist Party of China believes that Taiwan is part of China and would one day be united. Taiwan has been repeatedly warned that any move to declare an independent country would not be tolerated. Beijing regards Taiwan as a breakaway province.
As the Communists consolidated their position, China insisted that the international community does not recognize the government of Taiwan. Most countries fell in line, including India. New Delhi does not have full diplomatic ties with Taiwan. It, however, has a Taipei Economic and Cultural Centre in New Delhi. India too has a similar office in Taipei. As India-China ties have deteriorated since the 2020 military confrontation in Ladakh, many believe it is time to have full-fledged diplomatic relations with Taiwan.

The US resisted acknowledging Beijing till 1979. But since the thawing of ties with the 1972 visit to China by President Richard Nixon, relations between the two countries soared. Nixon’s secretary of state Henry Kissinger decided on rapprochement with Communist China, mainly to undercut the former Soviet Union, Washington gave the PRC full recognition. Despite this, the US maintains unofficial relations with Taiwan, sells large quantities of arms and has robust trade with it. Now with friction between the US and China, Washington’s outreach to Taiwan has increased substantially. This has naturally angered Beijing.

At the United Nations, China is represented and is a member of the Security Council while Taiwan is out. Beijing has ensured that major world powers do not recognize Taiwan and has so far succeeded in having its way. But that could also change as the US is hoping to make Taiwan a member of some of the UN bodies.

Current relations between China and Taiwan

Ever since the Democratic Progressive Party (DPP) leader Tsai Ing-wen won the 2016 elections, she offended China by making overtures to the US. Unlike the main opposition KMT, or the Chinese Nationalist Party, which wants closer links with mainland China while retaining its democratic roots, the DPP is more inclined to Taiwanese nationalism and eventually an independent Taiwan. Unlike her predecessor, who had excellent ties with mainland China and cultivated Beijing, Tsai Ing-wen and her party is not inclined to take dictation from China. This has placed the two China(s) in a collision course. She won a rare second term in office in 2020 with more than 57 per cent of the popular vote, signifying popular endorsement of her views. She fought the elections on a decidedly anti-China platform which attracted the younger generation and fueled her pro-independence stand. Her victory was seen as a slap in the wrist to China’s efforts at controlling Taiwan. The older generation of Taiwanese, many of whom trace their roots back to the mainland may still be nostalgic about the homeland, but the younger Taiwanese have no such illusions and support her tough stand towards Communist China.

Luckily for Tsai Ing-wen, during her first term in office, Donald Trump also took over in Washington. Trump saw China as a challenger to US supremacy and blamed China for taking away American jobs. His campaign speech was full of anti-China rhetoric. Even before Trump took office, President Tsai Ing-wen called him in December 2016, to congratulate him and set the tone for Taiwan-US relations. This was the first time since 1979, that a US President or President-elect spoke to the President of Taiwan. Trump was delighted and tweeted, “The President of Taiwan CALLED ME today to wish me congratulations on winning Presidency. Thank you!". In a subsequent tweet, he said, "Interesting how the U.S. sells Taiwan billions of dollars of military equipment but I should not accept a congratulatory call."

Taiwan’s outreach to Washington was warmly reciprocated by Trump who lost no opportunity in calling out China and promised to defend Taiwan in case China wanted to grab it by force. Joe Biden has carried out Trump’s lead, selling arms to Taiwan, sending two Congressional delegations to visit Taipei in November and condemning China’s attempts to bully Taiwan by its show of force. China has criticized the visit and called it as “serious violation’’ of its agreement with the US.

Ever since 2016, Chinese belligerence towards Taiwan has been stepped up and reached a crescendo in the last two years. China has been flying its fighter jets and bombers not on Taiwan's territorial airspace, which could provoke a retaliation but on its air defence identification zone, in an attempt to rattle Taipei and send across the message that China is militarily far superior and can easily take over Taiwan by force. In October last year, a record 149 Chinese fighters roared through Taiwan’s identification zone, in a space of four days. The pattern of flying bombers to intimidate Taiwan has continued through the year.
Threatening fly-pasts apart, China conducted military exercises near Taiwan soon after the visit of US lawmakers. China’s Ministry of Defence said the exercises around the Taiwan Strait were a “necessary measure to safeguard national sovereignty.’’

US secretary of defence Lyod Austin saw the military exercise by China as a “rehearsal’’ for a future attack. He made it clear that in such an eventuality, Washington would support Taiwan. During President Joe Biden’s virtual summit with President Xi Jinping in November, the Chinese media reported that Xi had warned Biden about “playing with fire’’ by siding with Taiwan.

During an interaction with citizens on New Year’s Day this year, Taiwan’s President Tsai Ing-wen warned China against adventurism.“We must remind the Beijing authorities to not misjudge the situation and to prevent the internal expansion of ‘military adventurism’,” Tsai said.

China’s Taiwan affairs office spokesperson Zhu Fenglian reacting to the President’s words said that cross-strait tensions were triggered by the “Democratic Progressive Party (DPP) administration’s …unchecked plotting for independence and provocations, and collusion with outside forces to fight against the mainland in a bid to change the fact that 'both sides of the Strait belong to one China.’’ She added that the Taiwanese government under the DPP “constantly produces lies, hikes up animosity, and sells hatred for political gains.” The war of words and sabre rattling continues.