Fearing They Will Be Implanted With Microchips, Many In Serbia, Bosnia Shun Covid-19 Vaccines

Only about 200,000 people applied for the vaccine in Serbia, a country of 7 million, in the days after authorities opened the procedure. 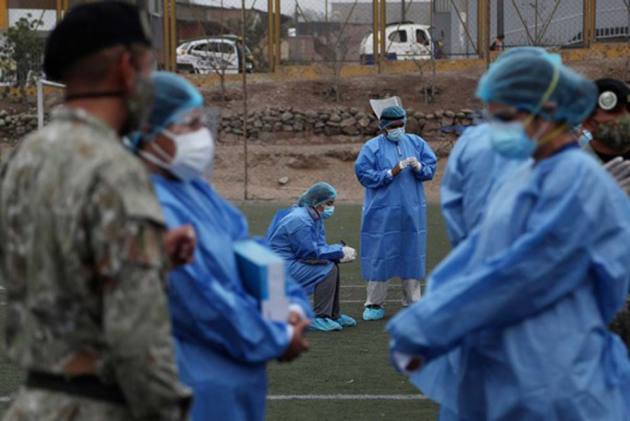 Vaccines from the West, Russia or China? Or none at all? That dilemma faces nations in south-eastern Europe, where coronavirus vaccination campaigns are off to a slow start — overshadowed by heated political debates and conspiracy theories.

In countries like the Czech Republic, Serbia, Bosnia, Romania and Bulgaria, vaccine sceptics have included former presidents and even some doctors. Serbian tennis champion Novak Djokovic was among those who said he did not want to be forced to get inoculated.

False beliefs that the coronavirus is a hoax or that vaccines would inject microchips into people have spread in the countries that were formerly under harsh Communist rule.
Those who once routinely underwent mass inoculations are deeply split over whether to get the vaccines at all. “There is a direct link between support for conspiracy theories and scepticism toward vaccination,” a recent Balkan study warned. "A majority across the region does not plan to take the vaccine, a ratio considerably lower than elsewhere in Europe, where a majority favours taking the vaccine.”

Here's Why I Will Not Take The Covid-19 Vaccine: JNU Professor Vikas Bajpai

Only about 200,000 people applied for the vaccine in Serbia, a country of 7 million, in the days after authorities opened the procedure. By contrast, 1 million Serbians signed up for 100 euros (USD 120) on the first day the government offered the pandemic aid.

Hoping to encourage vaccinations, Serbian officials have gotten their shots on TV. Yet they themselves have been split over whether to get the Western-made Pfizer-BioNTech vaccine or Russia’s Sputnik V, more divisions in a country that is formally seeking European Union membership but where many favour closer ties with Moscow.

Serbian President Aleksandar Vucic on Saturday greeted a shipment of 1 million doses of the Chinese Sinopharm vaccine, saying he will receive a shot to show that it is safe.

“Serbs prefer the Russian vaccine,” read a recent headline of the Informer, a pro-government tabloid, as officials announced that 38 per cent of those who have applied to take the shots favour the Russian vaccine, while 31 per cent want the Pfizer-BioNTech version — a rough division among pro-Russians and pro-Westerners in Serbia.

In neighbouring Bosnia, a war-torn country that remains ethnically divided among Serbs, Bosniaks and Croats, politics also are a factor, as the Serb-run half appeared set to opt for the Russian vaccine, while the Bosniak-Croat part likely will turn to the Western ones.

Sasa Milovanovic, a 57-year-old real estate agent from Belgrade, sees all vaccines as part of the “global manipulation” of the pandemic. “People are locked up, they have no lives any longer and live in a state of hysteria and fear,” he said.

Djokovic has said he was against being forced to take a coronavirus vaccine in order to travel and compete but was keeping his mind open. The top-ranked tennis player and his wife tested positive in June after a series of exhibition matches with zero social distancing that he organized in the Balkans. They and their foundation have donated 1 million euros (USD 1.1 million) to buy ventilators and other medical equipment for hospitals in Serbia.

Serbian Health Ministry official Mirsad Djerlek has described the vaccine response as “satisfactory,” but cautioned on the state-run RTS broadcaster that “people in rural areas usually believe in conspiracy theories, and that is why we should talk to them and explain that the vaccine is the only way out in this situation.”

A study by the Balkans in Europe Policy Advisory Group, published before the regional vaccination campaign started in December, concluded that virus conspiracy theories are believed by nearly 80 per cent of citizens of the Western Balkan countries striving to join the EU. About half of them will refuse to get vaccinated, it said.

Baseless theories allege the virus isn’t real or that it’s a bioweapon created by the U.S. or its adversaries. Another popular falsehood holds that Microsoft founder Bill Gates is using Covid-19 vaccines to implant microchips in the planet's 7 billion people.

A low level of information about the virus and vaccines, distrust in governments and repeated assertions by authorities that their countries are besieged by foreigners help explain the high prevalence of such beliefs, according to the Balkans think tank.

Similar trends have been seen even in some eastern European Union countries.

In Bulgaria, widespread conspiracy theories hampered past efforts to deal with a measles outbreak. Surveys there suggested distrust of vaccines remains high even as coronavirus cases keep rising. A recent Gallup International poll found that 30% of respondents want to get vaccinated, 46 per cent will refuse and 24 per cent are undecided.

Bulgarian doctors have tried to change attitudes. Dr. Stefan Konstantinov, a former health minister, joked that people should be told neighbouring Greece would close resorts to tourists who don't get vaccinated, because “this would guarantee that some 70 per cent of the population would rush to get a jab.

In the Czech Republic, where surveys show some 40 per cent reject vaccination, protesters at a big rally against government virus restrictions in Prague demanded that vaccinations not be mandatory.

Former President Vaclav Klaus, a fierce critic of the government's pandemic response, told the crowd that vaccines are not a solution. “They say that everything will be solved by a miracle vaccine,” said the 79-year-old Klaus, who insists that people should get exposed to the virus to gain immunity, which experts reject. “We have to say loud and clear that there’s no such a thing. … I am not going to get vaccinated.”

Populist authorities in Hungary have taken a hard line against virus misinformation, but rejection of vaccines is still projected at about 30 per cent.

Parliament passed emergency powers in March that allows authorities to prosecute anyone deemed to be “inhibiting the successful defence” against the virus, including “fearmongering” or spreading false news. At least two people who criticized the government's response to the pandemic on social media were arrested, but neither was formally charged.