The picture continues to be hazy with the Taliban gaining ground in some areas while the Afghan armed forces are reported to have taken back territory in others. 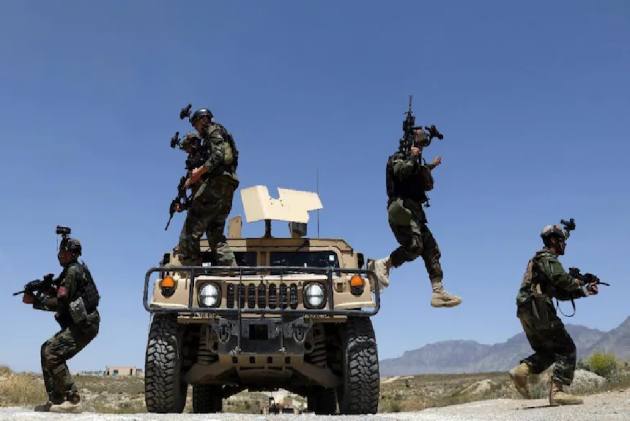 Fierce fighting is continuing in Afghanistan as President Ashraf Ghani’s forces are getting its act together and offering fierce resistance to the advancing Taliban fighters. But the picture continues to be hazy with the Taliban gaining ground in some areas while the Afghan armed forces are reported to have taken back territory in others.  According to reports from Afghanistan, fighting is on in 25 provinces in the last 24 hours.

The government claims it has wrested back control of Kaldar district in the northern province of Balkh. Kaldar is a strategic area as the border town of Hairatan which is a trade gateway between Afghanistan and Uzbekistan is located here. Kaldar district also shares a border with Tajikistan. The Taliban had gotten hold of the district a month ago but it is now reportedly back with the government. Besides the Afghan Armed Forces, members of the people’s militia or the Public Uprising Forces, took part in the operations. “Our forces have made good progress. We will make efforts to protect civilians,” Balkh governor’s spokesman Adil Shah Adil said. But Kapasia district has now been taken over by the Taliban and its deputy governor killed in the fighting.

But deadly clashes continue around Ghazni, Faryab and Takhar provinces. President Ashraf Ghani’s government which seemed in utter disarray a few weeks back appears to have now come up with a fresh strategy. The idea is not to waste resources by spreading the Afghan army thin in the countryside, but to preserve resources to stop the Taliban from provincial capitals and of course Kabul the capital city, which the government claims is better organised to resist the Taliban onslaught.

The next few months will be crucial. More so after August 31, when the few American soldiers left in Afghanistan will also pack up and leave. While the Taliban strategy is to now take control of areas surrounding cities and townships, the government sources are also preparing to offer stiff resistance. The battle for control of Kabul will begin after the Americans leave.

Though another round of talks is slated sometime later for Doha and an effort will be made by the international community to ensure a negotiated settlement, few expect any breakthrough. Critics believe that the talks are being extended to help the Taliban to gain as much territory as possible and negotiate from a position of strength. Though the Taliban claims it now controls nearly 85 percent of the country, in reality the figure is between 45 to 50 percent.

The Afghan government believes that Pakistan despite its claims of working for a peaceful resolution continues to help the Taliban. President Ghani said this recently in Tashkent in the presence of Prime Minister Imran Khan.  Supply lines to the Taliban continue to be open and the injured are being treated in hospitals in Pakistan.

Many in India are worried about the fate of Indian projects in Afghanistan. After all, $3 billion of taxpayers' money have been spent there. However, except for the Parliament building and the Salma Dam, most other projects have been small community schemes that touch the lives of ordinary Afghans. The Zaranj-Delaram road linking Afghanistan to the Iran border, facilitating the transport of good from the Chabahar port, is also built by India. However, once the projects were completed they were handed over to the Afghan government and is owned and controlled by Kabul. So there is no question of Indian assets being taken over by the Taliban.