Authorities said the fire started in some abandoned buildings inside the camp and had been brought under control. 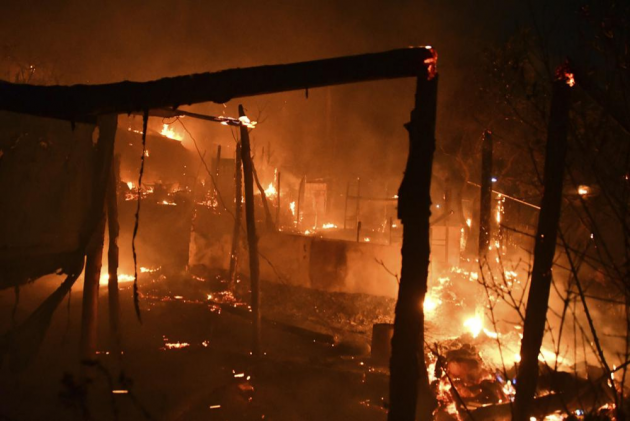 A fire broke out late Sunday at a soon-to-be-closed migrant camp on the Greek island of Samos, forcing its evacuation. No injuries or major damage were reported.

Authorities said the fire started in some abandoned buildings inside the camp and had been brought under control. The evacuation of the 550 migrants to an empty plot near the camp's entrance was underway.

Ten unaccompanied minors were to be moved overnight to a new facility on the island. The transfer of all the migrants to the new Euro 43 million facility had been scheduled to begin Monday and be completed by Wednesday.

The existing camp once housed up to 7,500 migrants in squalid conditions, as Migration and Asylum Minister Notis Mitarakis admitted on Saturday when he opened the new camp. (AP)