First Commercial Flight From Kabul To Fly Out Americans

The departure of a large group of Americans would also signal that U.S. officials have come to an arrangement with the new Taliban rulers. 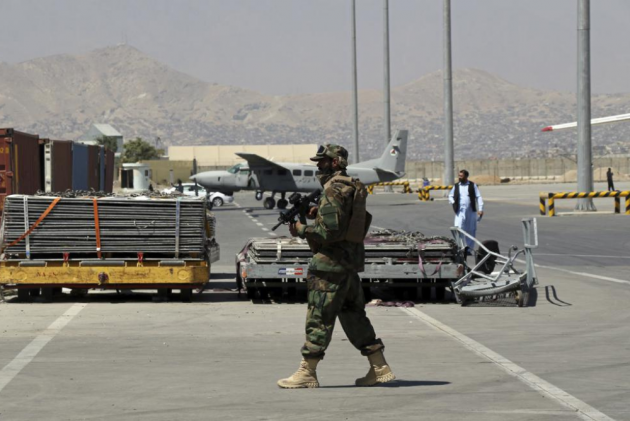 Afghanistan's Taliban authorities will allow between 100 and 150 Americans to fly out from Kabul in the coming hours, Qatari officials said on Thursday. It will be the first commercial flight from the international airport since it shuttered after the withdrawal of U.S. forces from the country.

A Qatar Airways flight that landed earlier Thursday in Kabul carrying humanitarian aid would ferry the Americans out of Afghanistan, marking the resumption of such flights after the U.S. finished its frantic airlift at the end of August.

Qatari officials, who spoke on condition of anonymity ahead of the formal announcement, gave the passenger figures.

The departure of a large group of Americans would also signal that U.S. officials have come to an arrangement with the new Taliban rulers. In recent days, there had been a stand-off between the Taliban and organizers of several charter planes who had hoped to evacuate Americans and at-risk Afghans from an airport in northern

Afghanistan. The Taliban have said they would let passengers with valid travel documents leave, but that many of those at the northern airport did not have such papers. (AP)