Nine Killed In Blast Outside Data Darbar Shrine In Lahore

The blast targeted a van carrying police officers outside the Data Darbar shrine, the largest Sufi shrine in South Asia. 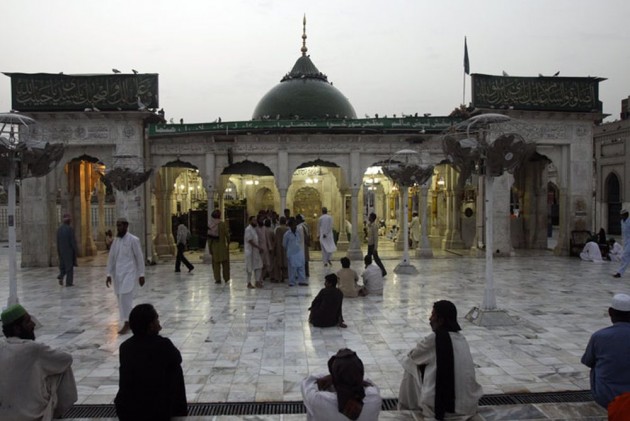 At least nine persons, including five police personnel, were killed when a suicide bomber blew himself up outside a major Sufi shrine in Pakistan's Lahore on Wednesday as the country marks the fasting month of Ramzan, officials said.

The blast took place around 8:45 am (local time) outside Gate number 2 of the Data Darbar shrine, the largest Sufi shrine in South Asia, where the police personnel were deployed for security, police said.

As many as 25 people have been injured in the blast.

The condition of four policemen is stated to be critical.

"The target of the suicide bomber was the vehicle of the Elite Force that was stationed outside the shrine of Sufi saint Ali Hajvari commonly known as Data Darbar," Nawaz said.

He said the suicide bomber came closer to the police personnel vehicle and blew himself up, killing five of them and injuring other four critically. One security guard and two citizens are among the dead, he said.

Punjab Law Minister Basharat Raja said that the death toll may rise as some of the injured's condition is critical.

"We condemn this cowardly act," he said and also confirmed it was suicide attack.

"We have received nine persons, including policemen dead. The condition of six injured is critical and doctors are trying their best to save their lives," he said.

The premier has commiserated with the bereaved families and directed authorities concerned to provide best possible medical treatment to those injured in the blast.

A rescue operation was conducted in the area before it was cordoned off for investigation. The shrine was evacuated, with devotees moved out through exits away from the blast site. Entry to Data Darbar has since been restricted.

A heavy contingent of police, Counter-Terrorism Department and forensic officials are collecting evidence from the site of the attack. The Inspector General of Police said police will share their findings once they conclude their probe.

The shrine is visited by hundreds of thousands of people each year.

In 2010, the shrine was targeted in a suicide attack that killed more than 40 people, and is guarded by heavy security.