Focused On Pressing Pak To Take Sustained, Irreversible Action Against Terrorism: US

A senior State Department official said Friday that the US stood 'publicly and resolutely' with India in its response to the attack. 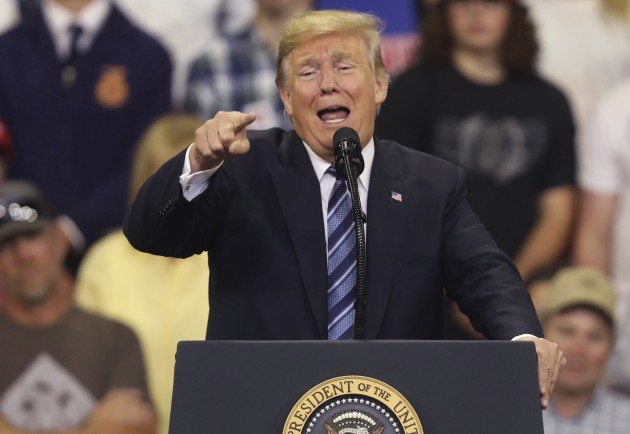 The Trump administration is now focused on pressing Pakistan to take "sustained and irreversible" actions against terrorist groups operating from its soil, a senior American diplomat has said.

A senior State Department official said Friday that the US stood "publicly and resolutely" with India in its response to the attack.

"Now we are focused on pressing Pakistan to take sustained, irreversible action on terrorist groups operating on its soil, and we are working with others in the international community to achieve this goal," the official said.

"The United States stood publicly and resolutely with India in its response to the attack, as you saw in our statements, while joining the international community in encouraging both sides to avoid military escalation, de-escalate tensions and communicate directly," he said.

In the aftermath of the Pulwama attack, the United States has not only supported India's right to self-defence, but also has been building sustained pressure on Pakistan to take action against terrorist groups.

Earlier in the day, Secretary of State Mike Pompeo told Fox News that Pakistan has to stop harbouring terrorists.

"We saw what happened with India, the conflict that arose there as a result of terrorists that departed from Pakistan. We need Pakistanis to step up. They need to stop harbouring terrorists," he said.

Pompeo had played a key role in de-escalation of tensions between India and Pakistan after Indian jets carried out air strikes at terrorist training camps of JeM in Balakot.

Senior officials who are part of the de-escalation efforts in South Asia believe that this is only possible as long as there is no terrorist attack inside India coming from Pakistan.

The recent talks between India and Pakistan on Kartarpur corridor is considered as a positive development in the US.

The US officials believe that both Islamabad and New Delhi have shown seriousness in de-escalating the tensions. At the same time, they believe that the onus for this largely lies on Pakistan.

If Pakistan continues with its age-old policy of supporting terrorist groups, the Trump administration may look into other options which could range from selective visa ban, revoking its non-NATO ally status and even cutting civilian aid to Pakistan.

Since January 2018, US President Donald Trump has stopped all security assistance to Pakistan.

It is understood that the focus for the Trump administration is not on any punitive action against Pakistan, but to convince its leadership including Prime Minister Imran Khan and Army chief General Qamar Javed Bajwa that it is in their interest to take sustained and irreversible actions against terrorist groups.

Post Balakot, Pakistan has been told time and again that the reason that the situation is fragile in South Asia is because of cross border terrorism.

In the wake of the Pulwama terror attack, India launched a major diplomatic offensive against Pakistan, holding briefing for envoys of 25 countries, including those from the five permanent UNSC members -- the US, China, Russia, the UK and France -- to highlight Islamabad's role in using terrorism as an instrument of state policy.