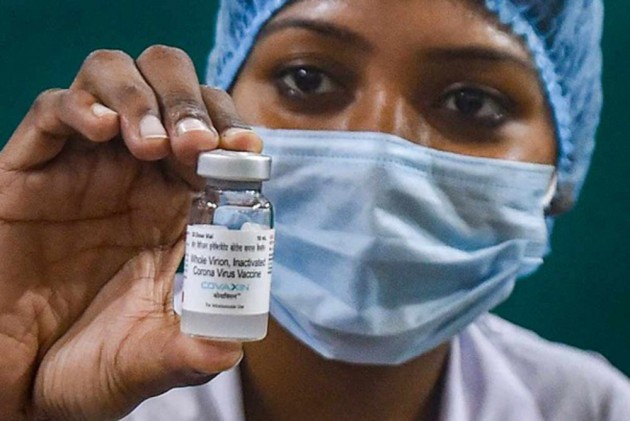 Amid Brazil temporarily suspending its order of 20 million doses of Bharat Biotech’s Covaxin, the Hyderabad-based company on Wednesday denied any wrongdoing and said it followed the same approach with Brazil in terms of contracts, regulatory approvals and supplies as it has done with several other countries, where Covaxin is being supplied.

Bharat Biotech further said that it did not receive any advance payments from the Brazilian government.

This development comes in the backdrop of federal authorities in Brazil conducting an investigation to probe alleged irregularities in a deal between the Brazil health ministry and Bharat Biotech over delivery of Covaxin doses.

Explained: Why Is The Brazil Government Under The Scanner For Its Covaxin Contract?

The Brazilian health ministry reportedly signed an agreement in February agreeing to pay USD 320 million - at a cost of USD 15 per vaccine dose - to Precisa Medicamentos, the representative of Bharat Biotech in Brazil, according to a document sent to The Associated Press by the attorney general's press office.

The price per dose, which was higher than for other COVID-19 vaccines, drew prosecutors attention along with ministry officials apparently ignoring a history of alleged irregularities by Precisa associates in previous contracts with the federal government.

Amid these developments, Brazil health ministry said in a statement that "with the recommendation of the Office of the Comptroller General of the Union (CGU), the Ministry of Health temporarily suspended the contract for the purchase of Covid-19 vaccine from Covaxin this Tuesday (29)."

"The measure does not affect the pace of the vaccination campaign to fight the pandemic in the country and follows compliance practices in public administration," it said.

The contract was also evaluated by the Ministry of Health's Integrity Directorate, which will carry out an administrative investigation.

The unit will act together with the "Controllership" in determining the terms of the contract, it further said.

Responding, Bharat Biotech said the company has not received any advance payments nor has it supplied any vaccines to Brazil.

"As of 29th June 2021, Bharat Biotech has not received any advance payments nor supplied any vaccines to MOH Brazil."

"Bharat Biotech has followed a similar approach towards contracts, regulatory approvals and supplies in several countries worldwide, where Covaxin is being supplied successfully," it said in a statement.

The Covaxin contract to Brazil landed in controversy after the South American country's Attorney General reportedly launched a probe into the deal.

The minister of the CGU, Wagner Rosrio, explained that the suspension is a preventive measure.

"We opened a preliminary investigation last week, that is, a specific audit in relation to the contract. The suspension time will only last for the period of calculation. We put the reinforced team to be very quick in the process," he said.

The CGU said it began a preliminary investigation into possible irregularities in the contracting of Covaxin on June 24.

"By recommendation of @CGUonline, we decided to temporarily suspend the Covaxin contract."

According to CGU's preliminary analysis, there are no irregularities in the contract, but, due to compliance, the @minsaude opted to suspend the contract for further analysis," Brazil Health Minister Marcelo Queiroga tweeted.

On February 26, Bharat Biotech Ltd had said it entered into an agreement with the Brazilian government for the supply of 20 million doses of Covaxin during the second and third quarters of 2021.

Earlier, the National Health Surveillance Agency of Brazil- Anvisa, had denied permission to import Covaxin under Emergency Use Authorisation after authorities found that the Indian plant in which the jab was being made did not meet the Good Manufacturing Practice (GMP) requirements.

However, Anvisa on June 5 gave clearance to the proposal to import Covaxin into the South American country, with some conditions.

The Emergency Use Authorisation for Covaxin was granted by Brazil on June 4.

The pricing of Covaxin has been clearly established between USD 15-20 per dose for supplies to governments outside India.

The pricing for Brazil has also been indicated at USD 15 per dose.

Bharat Biotech has received advance payments from several other countries at the above price points, with supplies in process, pending approvals, Bharat Biotech said.

The company follows a similar partnership model in all countries, where its vaccines are supplied, as it does not have its own offices there.

Bharat Biotech and Precisa Medicamentos are conducting a 5000-subject phase III clinical trial in Brazil, which was recently approved by Anvisa.

The trial will be conducted by the Albert Einstein Institute, the vaccine maker said.
(With PTI inputs)