Hussain, who was born in Agra in 1940 and migrated with his parents to Pakistan in 1947, served as the 12th President of Pakistan 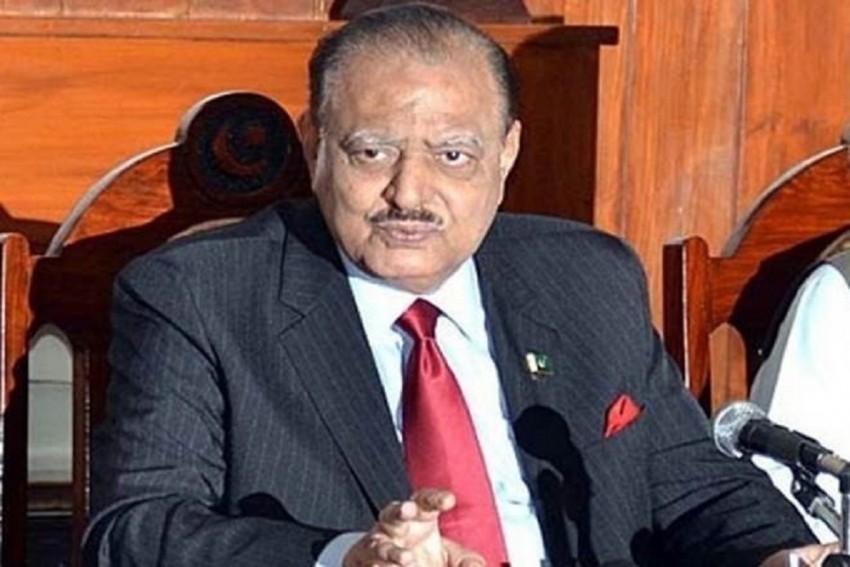 Former Pakistan president Mamnoon Hussain passed away in Karachi on Wednesday. He was 80 and was suffering from a prolonged illness.

Hussain, who was born in Agra in 1940 and migrated with his parents to Pakistan in 1947, served as the 12th President of Pakistan between September 2013 and September 2018.

The senior Pakistan Muslim League-Nawaz (PML-N) leader was diagnosed with cancer in February last year and was under treatment at a private hospital here for some days where he breathed his last, Dawn newspaper quoted PML-N Sindh additional secretary general Chaudhry Tariq as saying.

President Alvi expressed sorrow over Hussain's demise, saying he shared the pain of his bereaved family.

PML-N President Shehbaz Sharif also shared sadness over Hussain's death. "Today, we have lost a valued person who loved Pakistan and had a good character," a tweet by the PML-N president's account quoted him as saying.

"He was Nawaz Sharif's trustworthy, loyal and ideological companion. He steadfastly stood by the party through all the highs and lows.

"His services for the country and the nation will be remembered for long," Shehbaz said.

Foreign Minister Shah Mahmood Qureshi tweeted: "My deepest condolences on the passing of former President of Pakistan Mamnoon Hussain. May Allah grant his family the strength to bear this great loss."

A textile businessman from Karachi, Hussain was associated with the Muslim League through the 70s and 80s and remained an active member of the PML-N since its early days.

He was governor of Sindh from June to October 1999 when Prime Minister Nawaz Sharif's government was overthrown by the then Pakistan Army chief, Gen Pervez Musharraf.