A slew of glittery celebrities is descending on Washington — virtually or in-person — to welcome the new administration of Joe Biden and Kamala Harris, a duo popular in Hollywood. 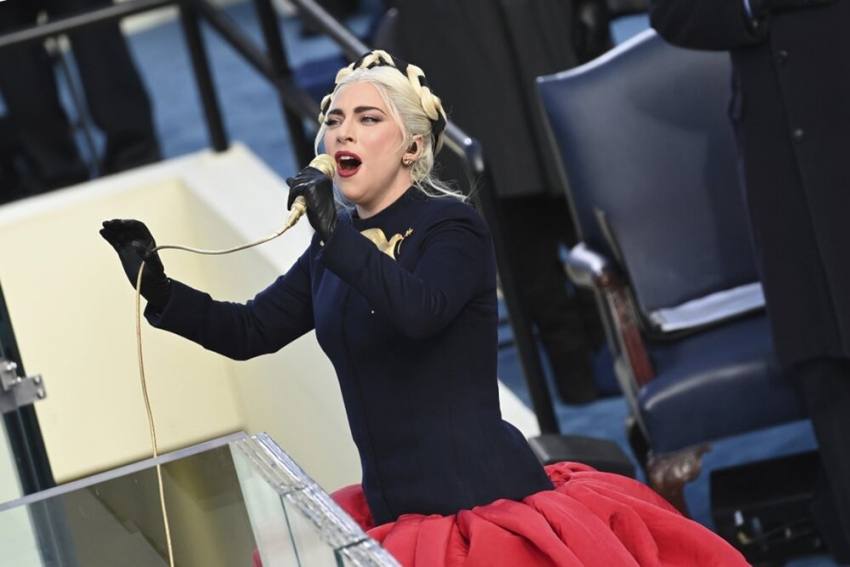 Lady Gaga sings the U.S. National Anthem at the beginning of the swearing in ceremony for the 59th Presidential Inauguration at the U.S. Capitol for President-elect Joe Biden in Washington, Wednesday, Jan. 20, 2021
AP
Associated Press (AP) 2021-01-21T09:15:15+05:30 From Lady Gaga To J. Lo— Hollywood Welcomes Biden At Inauguration 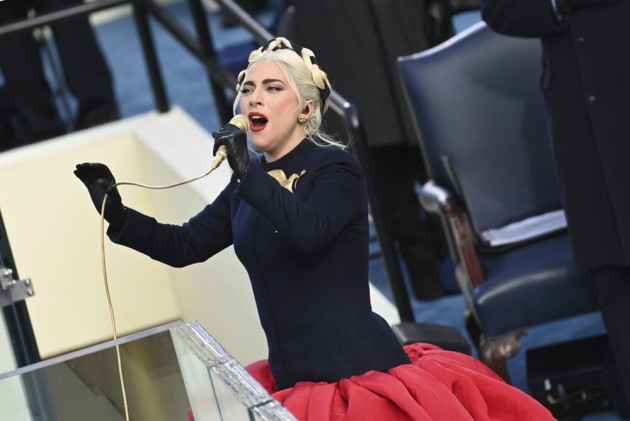 It's a far cry from a normal inauguration, with Washington locked down due to security concerns, and most inaugural events gone virtual because of the raging coronavirus pandemic. But one thing is back that virtually disappeared four years ago: the A-list.

A slew of glittery celebrities is descending on Washington — virtually or in-person  — to welcome the new administration of Joe Biden and Kamala Harris, a duo popular in Hollywood, where Donald Trump was decidedly not.

They're led by Lady Gaga -- about as A-list as you can get -- singing the national anthem Wednesday on the West Front of the Capitol, with Jennifer Lopez and Garth Brooks contributing musical performances.

Gaga posted a photo of herself on Twitter and Instagram Tuesday afternoon, standing inside the Capitol, site of the deadly riot January 6.

She called for Inauguration Day to be “a day of peace for all Americans. A day for love, not hatred. A day for acceptance not fear.”

Other top-tier performers will be part of “Celebrating America,” a 90-minute, multi-network evening broadcast hosted by Tom Hanks that takes the place of the usual official inaugural balls.

The inaugural committee has made sure to blend this high-powered list with ordinary Americans and inspiring stories.

Segments will include tributes to a UPS driver, a kindergarten teacher and Sandra Lindsay, the first in New York to receive the COVID-19 vaccine outside a clinical trial.

The proceedings will be carried by ABC, CBS, CNN, NBC, MSNBC and PBS as well as the committee's social media channels and streaming partners.

There's also a virtual “Parade Across America” on inauguration afternoon, hosted by actor Tony Goldwyn with appearances by Jon Stewart, Earth Wind & Fire and the New Radicals — reuniting after more than two decades — among many others.

The history of celebrities performing at inaugurations dates back to Franklin D Roosevelt's third inauguration in 1941, when a gala celebration the evening before saw performances from Irving Berlin, Mickey Rooney and Charlie Chaplin, says Lina Mann of the White House Historical Association. “Chaplin performed his monologue from The Great Dictator,'” Mann notes.

The celebrity component only increased over time, and one of the starriest inaugurations was that of John F. Kennedy in 1961.

Fast forward to the first Barack Obama inauguration in 2009, where Aretha Franklin sang “My Country, 'Tis of Thee” at the swearing-in, and the new president and his wife, Michelle, were serenaded by Beyoncé singing “At Last” at an inaugural ball.

US Has Key Role To Play, There Will Be Very Active Engagement With Biden Admin: UN