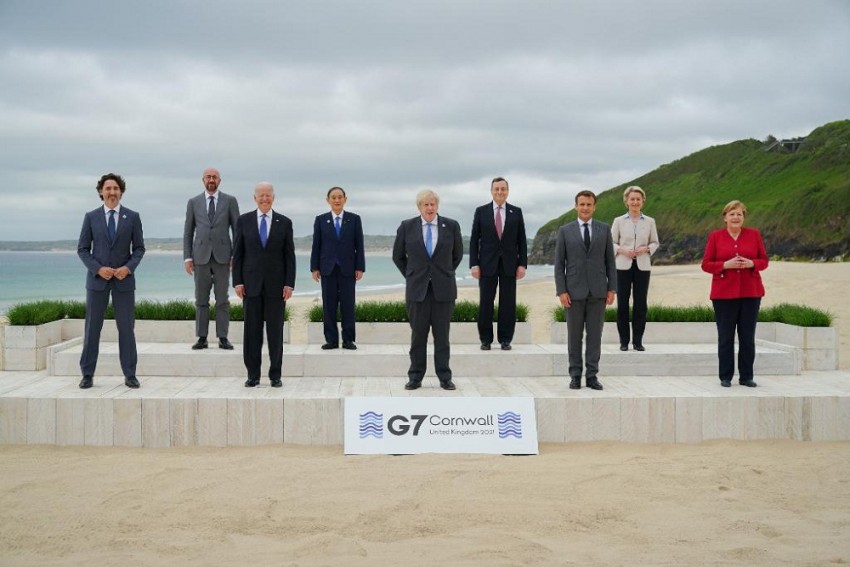 The leaders of G7 nations have pledged more than 1 billion coronavirus vaccine doses to poor countries.

The leaders also endorsed a global minimum tax on multinational corporations and agreed they will work together to challenge China's “non-market economic practices” and to call on Beijing to respect human rights in Xinjiang and Hong Kong.

Speaking at the end of a G-7 leaders' summit in southwest England on Sunday, British Prime Minister Boris Johnson said the promised vaccine doses would come both directly and through the international COVAX program. The commitment falls far short of the 11 billion doses the World Health Organization said is needed to vaccinate at least 70% of the world's population and truly end the pandemic.

The decision to support a minimum corporate tax had been widely anticipated after finance ministers earlier this month embraced placing a global tax of at least 15% on large multinational companies to stop corporations from using tax havens to avoid taxes.

The minimum rate was championed by the United States and dovetails with the aim of President Joe Biden to focus the summit on ways the democracies can support a more fair global economy by working together.

In the group's communique published Sunday, the group said: “With regard to China, and competition in the global economy, we will continue to consult on collective approaches to challenging non-market policies and practices which undermine the fair and transparent operation of the global economy.”

The leaders also said they will promote their values by calling on China to respect human rights and fundamental freedoms in Xinjiang, where Beijing is accused of committing serious human rights abuses against the Uyghur minority, and in the semi-autonomous city of Hong Kong.

Johnson, the summit's host, said there was a “fantastic degree of harmony” among the G-7 leaders to demonstrate the value of democracy and human rights to the rest of the world and help “the world's poorest countries to develop themselves in a way that is clean and green and sustainable.”

The G-7 nations are Canada, France, Germany, Italy, Japan, the United Kingdom and the United States.