Ghani Forces Concentrate On Kabul To Give Taliban A Bloody Nose

The Ashraf Ghani government is getting warlords and militia to join forces to thwart the advance of the Taliban into the capital and other parts of Afghanistan. 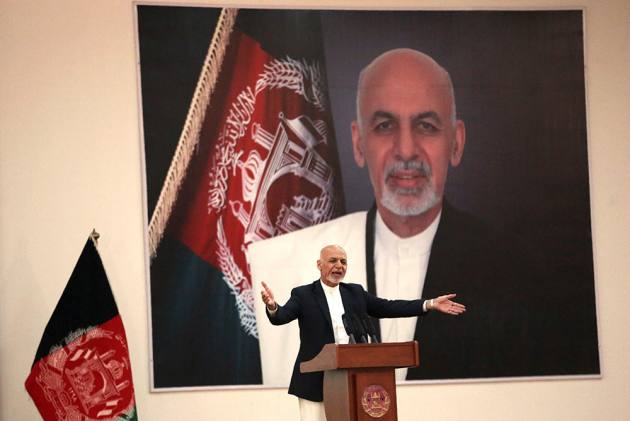 The government of President Ashraf Ghani may seem to be in a free-fall as reports of Taliban advance pours in from more and more areas of Afghanistan.  In fact, Taliban claims it is in control of 85 per cent of Afghan territory in the countryside.  This may be an exaggerated claim by the Taliban, but there is no doubt that they are making rapid progress across rural Afghanistan.

Realising the futility of fighting for every inch of territory, President Ashraf Ghani is gathering its resources to give the Taliban a fight in towns and cities, especially Kabul. On Sunday, Kabul airport was fitted with an air defence system to stave off oncoming rocket fire from the Taliban.

"The newly installed air defence system has been operational in Kabul since 2:00 am Sunday," the interior ministry said in a statement. "The system has proven useful in the world in repelling rocket and missile attacks."

The government is getting warlords and their militia to join forces to thwart the advance of the Taliban into the capital and other towns and cities across Afghanistan. It has launched the National Mobilisation drive aimed at arming volunteers to fight. Recruiting war lords is a dangerous move in the sense that the brutality and ambition of the warring tribal leaders led to much grief in the 1990s before the Taliban marched in to take control. Uzbek, Tajik, Hazara, Baloch, and other minority sects will throw in their lot with the government forces.

The Taliban will face its toughest battle in the capital. The government forces will not melt away into the hills as the Taliban did when the US and NATO troops swept through Kabul in 2001. The bloodiest fight will be over Kabul. In short, it will be a throwback to the time when artillery fire lit up the capital’s skyline and  Kabul was laid flat by the pounding of heavy gun fire and rockets of rival militia groups.

The Taliban is now pounding on Ghazni in Central Afghanistan and are said to have taken position inside prominent buildings there. Fighting is reported though as of now Ghazni has not been taken over by the Taliban.

The country is in a free fall and people left to fend for themselves in the countryside where the Afghan National Army are either switching loyalty or on the run. Border crossings into Tajikistan and Iran are now completely in control of the Taliban. Tajikistan has asked Russia to help it man the border with Afghanistan. Last week over 1000 Afghan soldiers were outnumbered and overrun by the Taliban and forced to cross into Tajikistan for shelter. The Taliban is also about to take over the border areas adjoining Iran and China. They have secured strategic highways and surrounded all major cities. So far the Taliban possibly in deference to the Doha agreement with the US have not as yet tried to take over the urban centres. They are waiting for the last foreign troops to leave before beginning the assault into urban areas.

Yesterday India was forced to evacuate its consulate staff from Kandahar as Taliban fighters advance to the city. India’s consulate in Mazar-e-Sharif is being monitored, depending on the security situation.