A grenade was thrown into a mosque in the southern Philippines where Muslim teachers were sleeping early on Wednesday morning, killing two of them and injuring four. 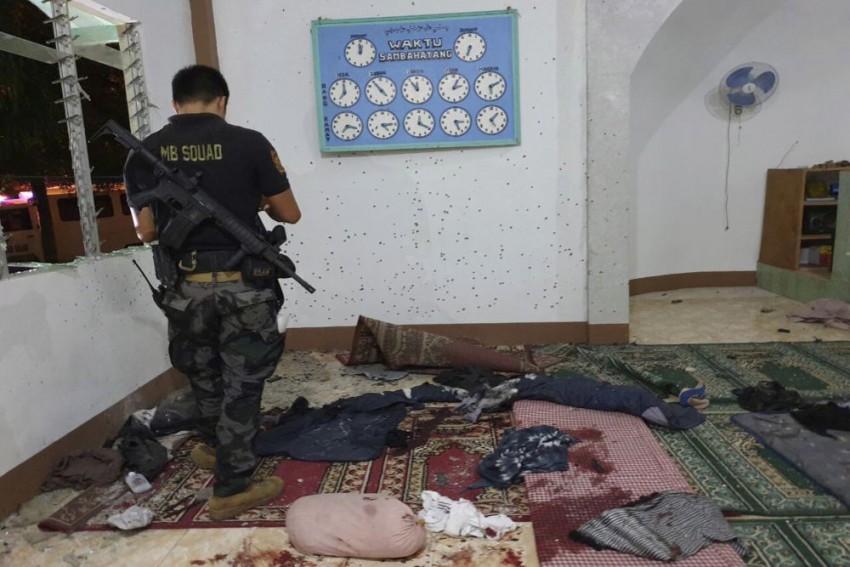 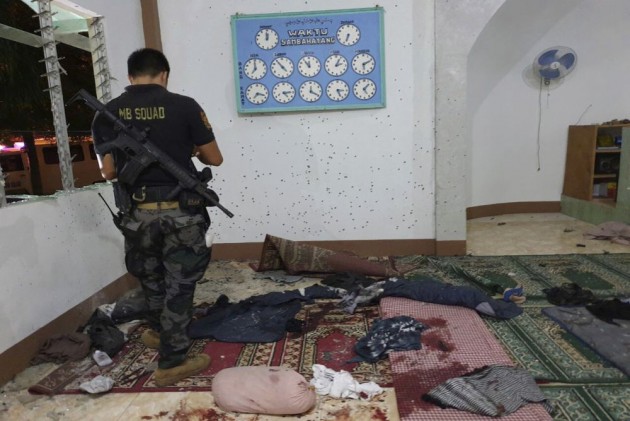 A grenade was thrown into a mosque in the southern Philippines where Muslim teachers were sleeping early on Wednesday morning, killing two of them and injuring four, authorities said.

It was the second explosion at a religious site in the south this week, though authorities didn't see it as retaliation for the bombings of a Roman Catholic cathedral in nearly Jolo during Sunday Mass that killed 21 people.

Regional police Chief Superintendent Emmanuel Luis D. Licup said investigators are trying to determine the motive and identity of the suspect in the grenade attack at the mosque in Zamboanga city.

The victims were from Basilan and nearby provinces at the mosque to teach Islam to children.

Military Col Leonel M Nicolas emphasized the grenade blast was not a retaliatory act and was still under investigation. Licup said a personal grudge was among the possible motives.

The Ulama Council of Zamboanga Peninsula condemned the attack as "an inhumane act" and called for people to be "calm yet vigilant." President Rodrigo Duterte's office described the mosque attack as a taunt to the government and said the successive attacks on different places of worship showed the ruthlessness of terrorists.

The peace process for the southern region would not be stalled by such obstacles, presidential spokesman Salvador S. Panelo said. "The movement to change the face of Mindanao and the oppressive conditions affecting its people shall move forward despite these acts of terrorism," the statement said.

The official military and police toll for the cathedral attack was raised to 21 dead with about 100 wounded. One of the dead is still unidentified.

The Islamic State group claimed two suicide bombers carried out the cathedral attack, one who detonated an explosive belt inside the building and the other near the entrance. Philippine authorities have named as their main suspect a commander of a local Abu Sayyaf faction that has pledged allegiance to IS.

Duterte said Tuesday that an unidentified militant couple detonated the two bombs, and Defense Secretary Delfin Lorenzana said at least one was a suicide bomber.

Duterte visited the bombed cathedral on Monday and ordered government forces "to destroy" the Abu Sayyaf. The group has carried out years of bombings, kidnappings and beheadings in the southern Philippines. It has an estimated 300 to 400 members, mostly in Sulu where it is holding several foreign and Filipino kidnap victims.

India-China Ties May Remain Tense In 2019: US Spymaster