How on earth did I raise a child who insists on eating alu paranthas with a knife and fork, said the Bend It Like Beckham director as she shared the hilarious picture on Twitter 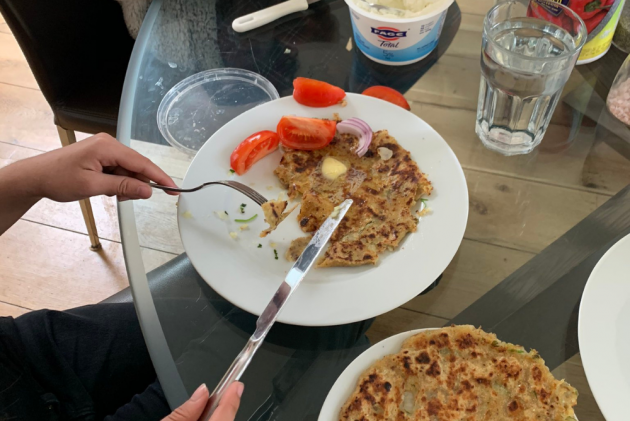 British director Gurinder Chadha took to her Twitter account and shared a picture of her child eating aloo paranthas with a fork and knife. Chadha could not believe that she raised such a child who would insist on eating a classic Punjabi dish in such a manner.

"Oh wow is me! How on earth did I raise a child who insists on eating Allu paranthas with a knife and fork!" wrote Gurinder Chadha before adding "Fiteh Moo!" captioned the Indian-origin filmmaker as she shared the picture on her Twitter handle.

Oh wow is me! How on earth did I raise a child who insists on eating Allu parantas with a knife and fork! Fiteh Moo! pic.twitter.com/lyAthcz9vZ

Gurinder Chadha was born in Kenya and directed the popular film Bend It Like Beckham. Chadha often draws from her personal experiences of living as an Indian in England for exploring the lives of the Indian diaspora in films she makes.