H-1B Visas Should Be Reserved Only For 'Specialised Talent': White House

The statement came hours after the Donald Trump administration announced new restrictions on H-1B nonimmigrant visa programme which it said is aimed at protecting American workers. 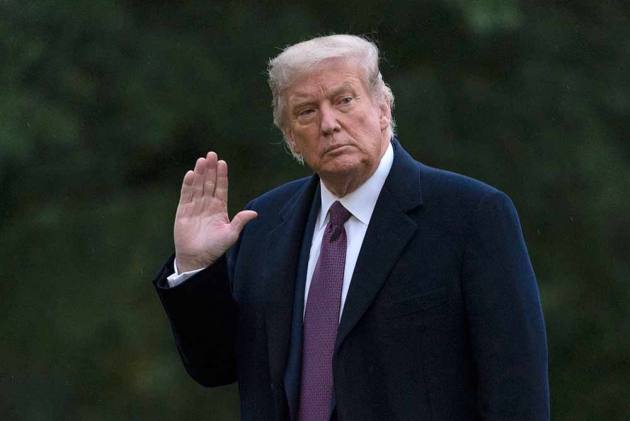 President Donald Trump knows that the H-1B visa should be reserved only for "specialised talent" that helps support a strong economy, the White House has said, defending the latest curbs imposed by the US on the much sought-after visas by Indian IT professionals.

The White House, in a statement late on Tuesday night, said that the President is improving America’s work visa programmes to prioritise the highest-skilled workers and protect the American jobs and wages amidst the severe impact on the economy due to the coronavirus pandemic.

The statement came hours after the Trump administration announced new restrictions on H-1B non-immigrant visa programme which it said is aimed at protecting American workers, restoring integrity and to better guarantee that H-1B petitions are approved only for qualified beneficiaries and petitioners, a move which is likely to affect thousands of Indian professionals.

The interim final rule announced by the Department of Homeland Security on Tuesday, less than four weeks ahead of the US presidential election, will narrow the definition of “specialty occupation” as Congress intended by closing the overbroad definition that allowed companies to game the system.

The White House said that Trump is committed to making sure the American workers are not disadvantaged by foreign labour.

“President Trump knows that H-1B visas should only be reserved for specialised talent that helps support a strong economy. For too long, this programme has been misused as an inexpensive labour programme, replacing American jobs in the process,” it said.

“These critical reforms will improve the quality of the H-1B programme without changing the annual statutory cap for H-1B visas. The Trump administration is closing loopholes that have allowed employers in the United States to replace American workers with low-cost foreign labour,” the White House said.

The H1B visa is a non-immigrant visa that allows US companies to employ foreign workers in speciality occupations that require theoretical or technical expertise.

Such a decision by the Trump administration is likely to have an adverse impact on thousands of Indian IT professionals. Already a large number of Indians on the H-1B visas have lost their jobs and are headed back home during the coronavirus pandemic that has severely hit the US economy.

The White House said that the Department of Homeland Security is tightening standards to require that foreign workers show specialised merit to establish their eligibility.

It is also taking action to rein in “shadow,” third-party employers who use the H-1B programme to displace American workers and to reduce the validity period for H-1Bs used by these “shadow” employers, which will ensure more frequent vetting for compliance with H-1B programme requirements, the White House said.

The Department of Homeland Security is codifying the existing authorities to conduct workforce inspections and clarifying that failure to fully cooperate with inspections may result in the denial or revocation of employer H-1B petitions, it said.

“The Department of Labour is publishing a rule to appropriately identify the wage levels for H-1Bs and other foreign labour programmes, which will improve the quality of H-1B workers and better reflect wages paid to similarly employed workers in the United States,” the White House said.

The rule will limit an employer’s ability to replace workers with cheap foreign labour and help ensure wages are not suppressed by the presence of low-cost foreign workers, it said.

Asserting that Trump continues to stand up for the nation’s workers by taking action to preserve jobs for the American citizens, the White House said that earlier this year, the president signed an executive order to prevent federal dollars from being used to displace Americans with foreign workers or offshore labour.

“To aid our nation’s recovery from the coronavirus pandemic, the President placed a temporary pause on multiple categories of aliens from coming into the country for work. The Trump administration issued regulations that will, once in effect, remove the incentive to apply for asylum for the purpose of obtaining authorisation to work in the United States,” the White House said.

Meanwhile, Democratic Senator Dick Durbin alleged that the “last-minute step is a ploy” to cover up for the President’s broken promise to stop H-1B abuse.

“He never responded to my call at the start of his term to protect workers from H-1B abuses. Instead, his administration has granted tens of thousands of H-1B visas to outsourcing companies,” he said.

“The rule changes to H-1B visas are much needed reforms to a wildly abused programme. American workers who are struggling to get back on their feet will benefit from closing these loopholes,” Gooden said.

“Refining the H-1B non-immigrant visa programme will protect US workers and restore integrity to the programme,” she added.