Had Mossad Interpreted AQ Khan's Intentions, They Would Have Assassinated Him: Report

Dr. Abdul Qadeer Khan(85) known as the father of Pakistan's Atomic Weapons Programme died recently due to Covid-19. A recent report says that Israel would have assassinated him had his intentions of setting up a nuclear proliferation network, amongst other things, been identified. 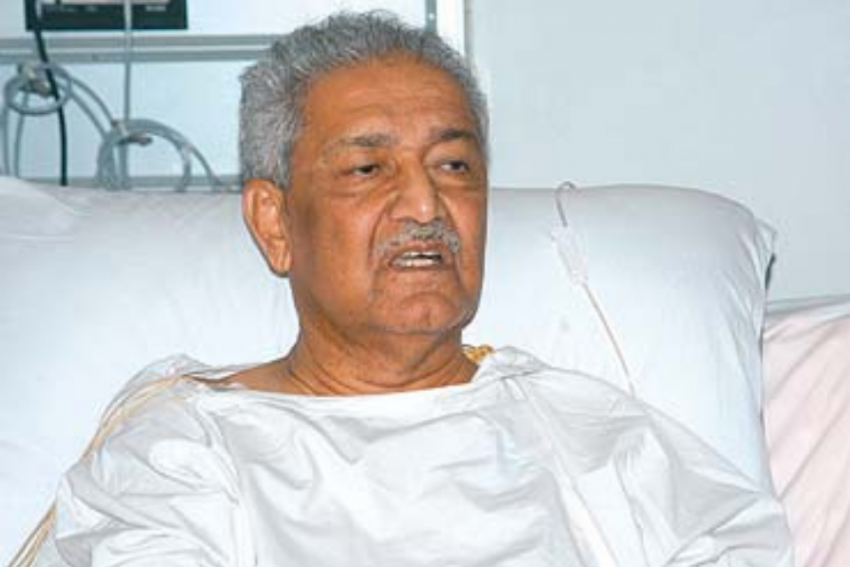 Mossad's former chief Shabtai Shavit would have sent a team to assassinate Pakistani nuclear scientist AQ Khan if his true intentions were interpreted correctly, according to an Israeli investigative journalist, Yossi Melman.

In an opinion piece in Ha'aretz daily, Yossi Melman wrote that AQ Khan got Pakistan the bomb, stole and sold atomic secrets, profited from a shady global proliferation network, helped Iran go nuclear, aided Libya’s Muammar Gaddafi's reactor ambitions – and still passed away from natural causes, and not at the hands of the Mossad, the Israeli spy agency.

Khan, known as the 'father of Pakistan's nuclear bomb' built under the clandestine enrichment programme and infamous for his controversial role in nuclear proliferation, died at a hospital in Islamabad on Sunday after a brief illness. He was 85.

In his piece titled "How Pakistan's AQ Khan, Father of the 'Muslim Bomb,' Escaped Mossad Assassination”, Melman wrote that Mossad had noted Khan's extensive travels throughout the Middle East but could not correctly identify his efforts to set up a shady proliferation network (of nuclear arsenal).

"Israel's intelligence service, led at the time by Mossad chief Shabtai Shavit, took note of Khan’s travels in the region. But, as Shavit told me a decade and a half ago, Mossad and Aman (Israel's Military Intelligence) did not understand what Khan was up to," Melman wrote.

"Shavit added that had he and his colleagues correctly interpreted Khan’s intentions, he would have considered sending a Mossad team to kill Khan and thus 'change the course of history', at least in the context of Israel-Iran relations," he added.

Israel considers Iran's nuclear programme an existential threat and has vowed to foil the Islamic Republic's nuclear ambitions "with all options on the table".

"Khan, who has just died at the age of 85 from COVID-19, is considered a national hero in Pakistan, his homeland. There, and worldwide, he has been dubbed the "Father of Pakistan's nuclear weapons", but he could equally be called as the Godfather of Iran’s nuclear programme", the writer said.

Even though Pakistan conducted its first public nuclear test in 1998, it is believed to have achieved nuclear capabilities at least several years earlier.

Iran bought from Khan the drawings and plans of Pakistan’s centrifuges known as P1 and P2. Iranian scientists, led by Dr. Mohsen Fakhrizadeh, who was recently assassinated by a Mossad hit team, as per foreign media reports, built their own centrifuges, renaming them Ir-1 and Ir-2, he said.

While Mossad failed to read the true intentions of Khan's dirty network, who eventually exposed it was the Libyan leader Gaddafi.

After the US invaded Iraq in 2003, the Libyan leader feared that he was next. He negotiated with the CIA and the UK's equivalent MI6 and revealed to them, complete with full documentation, how Khan’s network was building nuclear sites for him, some disguised as chicken farms, the report said.

But the CIA and MI6 hid and departmentalized the negotiations with Gaddafi, to the extent that the Mossad and Aman were shocked when they heard the news on BBC in December 2004, the report claimed.

The investigative journalist also highlighted that Khan didn’t only slip through the Mossad’s fingers, but the CIA also had a chance to foil his nuclear role in Pakistan and his subsequent freelance nuclear proliferation business.

"Years after Khan fled the Netherlands in 1975, Dutch Prime Minister Ruud Lubbers revealed that the CIA knew already then about Khan and his involvement in plundering nuclear technology, but the US did very little to stop Pakistan getting nuclear weapons," he noted.

After Khan confessed to his nukes-and secrets-for-sale network on national television, and strenuously, and conveniently, denied any Pakistani state involvement or knowledge of his activities, he was pardoned by then-president Pervez Musharraf who put him under house arrest.

He is among the few nuclear scientists who helped Israel’s enemies acquire game-changing strategic military capacities who were not assassinated by the Mossad, and died in his bed of natural causes, the journalist emphasizes.