Lebanon is expecting a shipment of fuel from Iran, which local media said is to be delivered at a major Syrian port and transported by land. 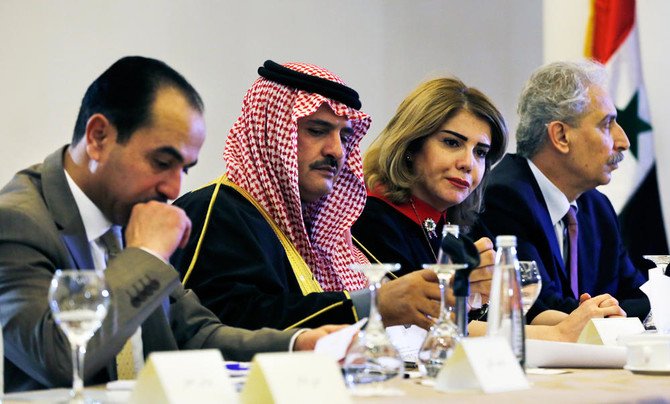 A senior Lebanese government delegation arrived in Syria on Saturday for talks expected to focus on the crippling fuel crisis that has paralysed Lebanon.

It marked the highest official visit since Syria's civil war began more than a decade ago.

Lebanon is expecting a shipment of fuel from Iran, which local media said is to be delivered at a major Syrian port and transported by land.

The leader of the Iran-backed Lebanese militant Hezbollah group has arranged with allies in Tehran to ship the fuel to Lebanon to help ease the small country's fuel shortages.

The delivery would violate US sanctions on Iran imposed by former President Donald Trump, who pulled Washington out of a nuclear deal between Iran and world powers in 2018.

There is no date yet for the fuel arrival but the shipment to Lebanon is seen as a test of US sanctions and many in Lebanon fear it could trigger penalties.

US officials have warned against Lebanon using Iranian oil and have offered assistance to deal with the economic crisis, the biggest threat to Lebanese stability in decades. Visiting US officials said they were in talks with Lebanese, Egyptian and Jordanian officials to find long-term solutions to the fuel crisis.

One solution that has been floated is to organize the delivery of Egyptian natural gas through Jordan by way of a pipeline that goes through Syria.

“The agenda is to discuss bringing Egyptian natural gas to Jordan, then to Syria and Lebanon to help with energy production ... and look at existing deals and reach new understandings,” said Nasri Khoury, head of the Damascus-based Syrian Lebanese Higher Council, a government-linked body.

A 2009 deal to deliver natural gas through a pipeline that runs through Syria has been inactive since 2010 and the Syrian war has damaged the pipelines.

Iran has already been sending fuel to the government of Syrian President Bashar Assad, who it has supported throughout the war that broke out in 2011.

Now, with Iranian fuel designated for Lebanon, it is expected to be offloaded at Baniyas, a Syrian port, and then transported by land in tankers to Lebanon. Media reports said the transport is likely to be organized by Hezbollah.

Lebanon has been divided over the Syrian civil war — with the government maintaining diplomatic ties but divided over continuing regular state visits and relations.

Hezbollah, the Iran-backed group, had sent fighters into Syria to support Assad's troops in their war against opponents. But other parties in Lebanon supported the opposition, leaving Lebanese politics deeply divided on how to deal with the Syrian government. Relations have been kept mostly to tackling security issues. This is the first official visit.

Syrian state media have touted it as a visit that “breaks the ice and (revives) relations” between the two countries. The high-level delegation is led by caretaker Defense Minister and acting Foreign Minister Zeina Akar, and the energy and finance ministers. Lebanon's top negotiator and security chief Abbas Ibrahim is also among the delegation.

Syria's Foreign Minister Faisal Mikdad received the delegation at a border crossing Saturday before they drove to Damascus together.

Lebanon's economic crisis has been described by the World Bank as one of the most severe the world has witnessed since the 1850s. Its currency has crashed as the central bank's foreign reserves dried up, leading to crippling shortages of medicine and fuel.