The Duchess of Sussex opened up about facing racism in the British royal family, negative press coverage, and how she started having suicidal thoughts. 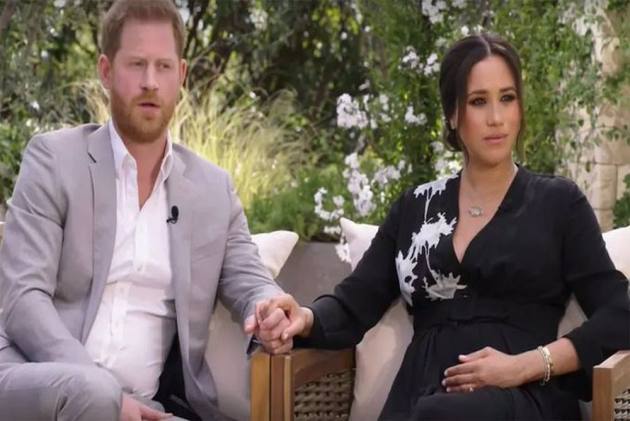 The interview of Meghan Markle and Prince Harry with television host Oprah Winfrey have sparked a huge row on social media. The interview was aired in the United States on Sunday.

The Duchess of Sussex opened up about facing racism in the British royal family, negative press coverage, and how her mental health was affected once she became a part of the royal family that she started having suicidal thoughts.

In one of the most shocking revelations, Meghan also said that one member from the royal institution also raised concerns about "how dark" her son Archie would be, and that he was not given the royal security and title. When Oprah asked who made the comment, Meghan said that the "revelation would be too damaging".

Oprah reacts to Meghan Markle revealing somebody in the Royal Family was concerned about how dark Archie's skin color might be.#OprahMeghanHarry
pic.twitter.com/V4C2FUxAVY

'I Had Suicidal Thoughts, Royals Said No To Professional Help:' Meghan Tells Oprah

The revelations not only triggered headlines but also a string of memes on social media platforms. The interview also gave rise to certain hashtags trending on twitter including the names of the related individuals, parties, and #OprahMeghanHarry.

We bring to you some of the funniest and trendiest memes the interview gave rise on Twitter. Have a look:

In conclusion, the British monarchy is even worse than they’re portrayed in The Crown. #HarryandMeghanonOprah pic.twitter.com/Nc4HSB3dSB

Memers and content creators did not forget to include the historical drama series 'The Crown' that presents the reign of Queen Elizabeth II.

Writers and producers of The Crown watching this interview like #HarryandMeghanonOprah pic.twitter.com/yvCgQpVlFx

Several memes also took notice of how the British monarchy would react on seeing the interview.

The Royal Family are actually finished at this point. Diana won.#OprahMeghanHarry pic.twitter.com/0IADBG4eac

After having your share of laughter and humour, look at the bombshell remarks made by Prince Harry and Meghan Markle during the interview.