The Islamist terror outfits have been waiting for a chance to get back at her and her Awami League party for their strong secular credentials and her pro-India foreign policy. 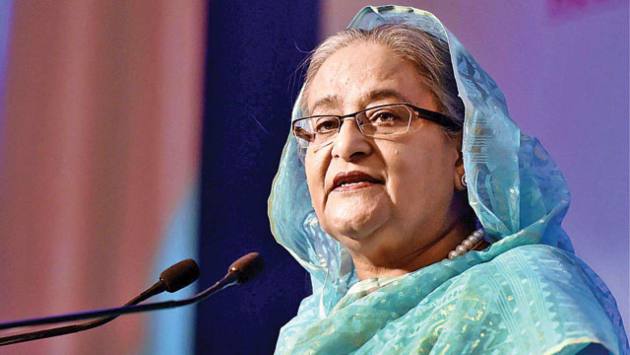 Emboldened by the Taliban victory in Afghanistan, Islamist terror groups across Asia are regrouping and flexing their muscles against secular governments in the region. Bangladesh PM Sheikh Hasina has cracked down on Islamists in her country and they hate her with a vengeance. These groups have been waiting for a chance to get back at her and her Awami League party for their strong secular credentials and her pro-India foreign policy. Her government has systematically broken the back of the once-powerful Jamaat-e-Islami, which had collaborated with the Pakistani military during the Bangladesh liberation movement and committed atrocities against patriots.

The Jamaat, which wants Bangladesh to become a Muslim country where Sharia laws are enforced, was banned from participating in elections by the country’s Supreme Court in 2013. The government has held war trials against some of the Jamaat leaders involved in the massacre of innocents in 1971. At least three senior Jamaat leaders were given the death sentence in 2013. Elements of the Jamaat, along with other Islamic groups that have mushroomed in Bangladesh, are bent on removing the Awami League government and “avenge” the “injustice” done to them.

Though fractured and beaten, Islamist groups are waiting in the wings. Al Qaeda announced its arrival in South Asia a couple of years ago, and some of these elements exist in several pockets of Bangladesh. Thanks to the Taliban takeover of Afghanistan, every group now feels empowered and waits for a chance to strike back.

The communal violence in Bangladesh, triggered on Wednesday by rumours of the Holy Koran being desecrated at a Durga puja pandal in Cumilla, has to be seen in this context. Social media posts helped to fan these rumours as mobs attacked Hindu temples. So far five people have been killed, with the authorities cracking down hard on the mobs.

As is well known, riots across the subcontinent are often sparked by rumours. It is difficult to imagine any minority group in Bangladesh desecrating the Koran and that too at a puja pandal. Whether such an incident actually happened is still being investigated, but the damage has been done and idols in Hindu temples are now increasingly becoming targets of mob frenzy. Six idols of the Daniapara Kali Mandir in Munshiganj were vandalised before dawn on Saturday. The temple had no security and the idols were destroyed. Despite the tough stand of the government and its promise to bring the perpetrators to book, tension continues to simmer.

Bangladesh is one of India’s closest friends in the neighbourhood. Ever since Sheikh Hasina came to power, India-Bangladesh relations have soared. Thanks to the understanding between Delhi and Dhaka, ties remained steady even during Assam’s National Register of Citizens (NRC) exercise when large numbers of people were deemed to be “illegal immigrants” from Bangladesh. India repeatedly assured Dhaka that the NRC was an internal exercise that would not affect bilateral ties. Attacks on Hindu temples are another attempt to disrupt relations between the two neighbours by those opposed to both Sheikh Hasina and India.

New Delhi is obviously concerned about what is happening and the two countries are in touch on the issue. While India wants Bangladesh to ensure the safety of its Hindu minority and arrest those responsible for the attacks, Sheikh Hasina has asked New Delhi to make sure they is no retaliation against Bangladeshi targets in India. Although both countries realise the importance of their bilateral relations and will try to prevent any escalation, keeping zealots under control is not easy on either side of the border.

An editorial in the Daily Star published from Dhaka noted: “We do hope the Cumilla incident will be the starting point of an exception, as nothing sends a clearer message than justice—both for the victims living in fear and the perpetrators. While Bangladesh should work on its poor records in this regard, what would equally benefit us is to understand the dynamics of communal politics—the powerful forces that keep fanning communal tensions behind the scenes.”