The police have arrested ten people and beefed up security in the area. 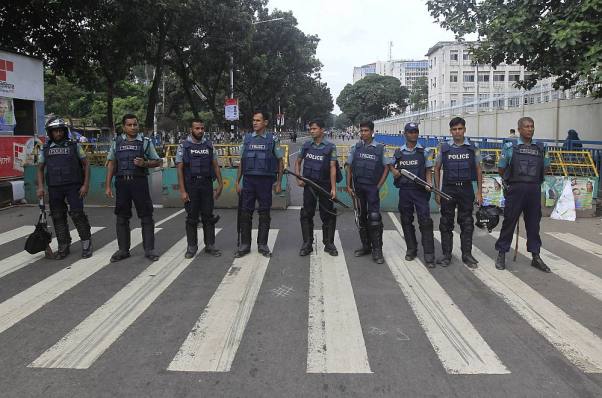 At least four Hindu temples and some shops and households belonging to the minority community were attacked in Bangladesh's Khulna district.

The incident took place on Saturday in Shiali village in Rupsha Upazila following a heated altercation between Hindu and Muslim residents on Friday night, the Dhaka Tribune reported.

The police have arrested ten people and beefed up security in the area, according to a media report.

According to local residents and victims, the miscreants first attacked the Shiali Mahasmashan temple. They vandalised the idols in the temple and the crematorium.

From there, they went to the Shiali Purbapara area, where they vandalised the idols of Hindu gods and goddesses in Hari Mandir, Durga Mandir and the Govinda Mandir, the report said.

Six shops and two homes of the local Hindu community members were also vandalised, it said.

“There is high tension in the area now. But the local administration is working to keep the overall situation under control," Sen said.

Some local residents claimed the attackers were from neighbouring Sheikhpura, Bamandanga and Chadpur areas. But their identities could not be confirmed.

"We are alert and active to keep the situation under control," Hossain said.

The Hindus were going towards the Shiali Mahasmashan temple while singing kirtan during the Esha prayers, one of the five mandatory Islamic prayers. which led to the scuffle, said the local mosque’s Imam Maulana Nazim Uddin.

“The situation had gotten out of hand a bit after someone shoved me after I urged them to not sing in front of the mosque during prayers. However, the situation was resolved after police arrived and intervened,” he said.

Sen maintained that no one from the group of Hindus had shoved the Imam.