According to the UN estimates, 10.3 million people - almost half of North Korea's population - were in need of food due to a sharp drop in crop production. 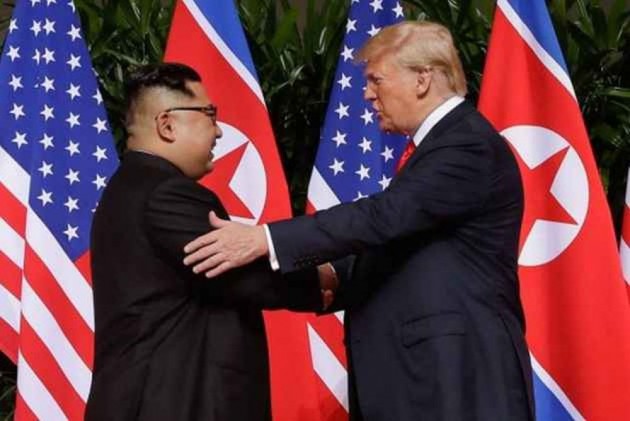 North Korea has warned of a food crisis and issued an international appeal for help to combat it as the country has been forced to cut rations after drought and floods led to a poor harvest, worsening the impact of UN sanctions.

North Korea's appeal came ahead of a second summit on February 27-28 between its leader Kim Jong-un and US President Donald Trump on denuclearization of the Korean Peninsula.

In an undated two-page memo to the UN, Pyongyang called on international organisations "to urgently respond to addressing the food situation", the Guardian reported on Friday.

The regime told the UN that it was facing a shortfall of 1.4 million tonnes in food production this year, including crops of rice, wheat, potato and soybean, according to the report.

"The government has requested assistance from international humanitarian organizations present in the country to address the impact of the food security situation," said UN spokesman Stephane Dujarric on Thursday.

UN agencies were holding talks with Pyongyang "to take early action in order to address humanitarian needs," he added.

According to the UN estimates, 10.3 million people - almost half of North Korea's population - were in need of food due to a sharp drop in crop production. It estimated that 40 per cent of the people in the country were undernourished.

The UN Security Council has unanimously boosted sanctions on North Korea since 2006 in a bid to squeeze funding for Pyongyang's nuclear and ballistic missile programmes.

Washington has been demanding from Pyongyang that it give up its nuclear weapons programme that threatens the US, while the regime has been seeking lifting of punishing sanctions, a formal end to the 1950-53 Korean war and security guarantees.