Harvey Weinstein, who tested positive for the Coronavirus, has been kept in isolation, a prison official said. 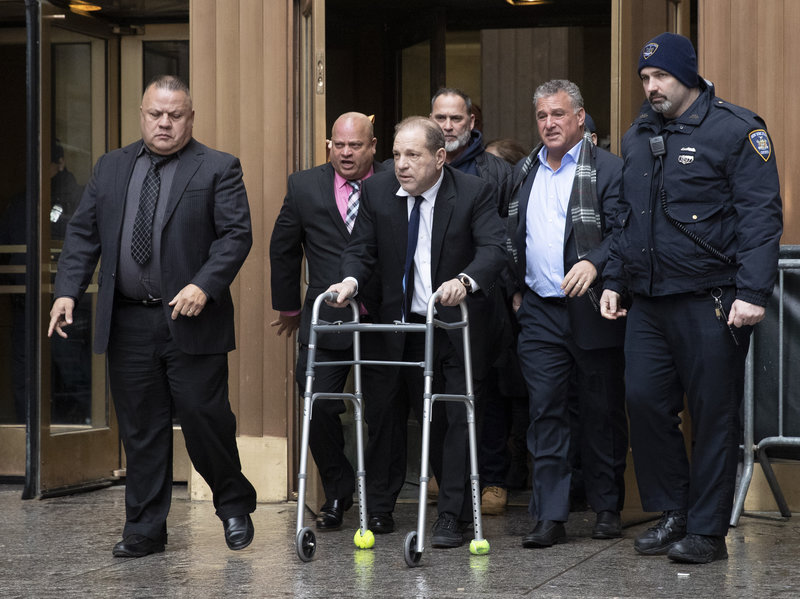 Hollywood producer Harvey Weinstein has reportedly tested positive for coronavirus in a jail where he is serving his 23-year long term for sexual assault and rape.

Weinstein, who has been accused of violating scores of women, was convicted last month of raping a once-aspiring actress in a New York City hotel room in 2013 and forcibly performing oral sex on former TV and film production assistant Mimi Haleyi at his apartment in 2006.

Weinstein is one of the two inmates who have been diagnosed with COVID-19, a prison official told local newspaper the Niagara Gazette.

Michael Powers, the president of the New York State Correctional Officers & Police Benevolent Association, said the inmate who tested positive for coronavirus has been kept in "isolation".

However, he did not confirm whether he was referring to Weinstein.

"No one on the legal defence team has been told this. Period. We cannot confirm that, nor care to comment on speculation," Craig Rothfeld told The Hollywood Reporter.

Before he was transferred from Rikers Island in New York City, Weinstein was at Bellevue Hospital where he was being monitored for a heart condition and high blood pressure. At the hospital, the producer had gone under an angioplasty procedure.

The producer behind Oscar-winning films as "Shakespeare in Love" and "Pulp Fiction" was the first prominent Hollywood name to be ousted for his predatory behaviour in the bombshell expose by The New York Times reporters Jodi Kantor and Megan Twohey on October 5, 2017, followed by Ronan Farrow's piece in The New Yorker on October 10.

The reports sparked off the #MeToo movement, which empowered survivors of sexual assault, abuse and rape to raise their voice and hold the perpetrators accountable.