As the M+ museum in Hong Kong opens, it is criticized for giving in to pressure from Beijing. It will not exhibit certain works by dissident artist Ai Weiwei. 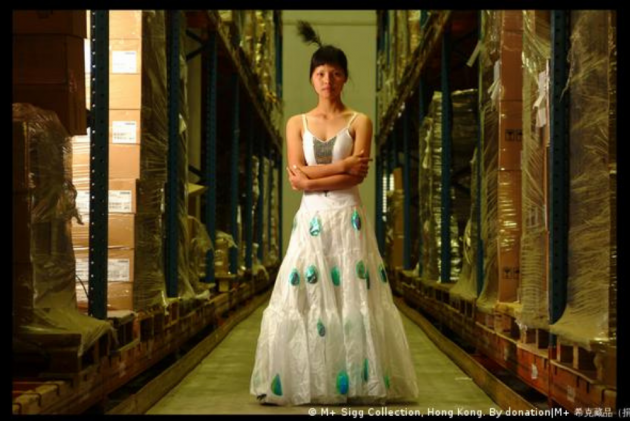 Planned in a more liberal era, the M+ museum was conceived as Hong Kong's flagship of the arts: 33 exhibition halls, wide foyers, an auditorium and libraries.

However, Henry Tang, chairman of the West Kowloon Cultural District Authority Board, which overseas the new culture, has announced that "the opening of M+ does not mean that artistic expression is above the law. It is not."

Tang and the museum's management caved in to pressure from Beijing's central government, which last summer implemented the National Security Law, a far-reaching law with crackdown rights against any opposition in Hong Kong –– including against regime-critical artists and their works.

That is true, too, for some works by the famous Chinese artist and dissident, Ai Weiwei. Twenty-six of his works were part of the art collection of Swiss patron Uli Sigg, who donated the works to the new museum of visual culture in 2012. It forms the foundation of M+.

The stumbling block is a series of photos that show the dissident artist with a raised middle finger at key sites of power like Tiananmen Square in Beijing.

Some pro-Beijing lawmakers in the Hong Kong parliament saw this as a work of art that endangered national security and incited "hatred" against China.

Tang's comments suggest that the attempt to strike a balance between artistic expression and political censorship has failed. Tang said all exhibits must comply with the National Security Law and that certain works in the collection, including the controversial Ai Weiwei photo, will not be on show.

"The museum is clearly under censorship," Ai Weiwei told news agency Reuters by phone from Cambridge, where he's now based. "When you have a museum which cannot or is incapable of defending its own integrity about freedom of speech, then that raises a question. And certainly the museum cannot perform well in terms of contemporary culture," he argued.

No reference was made to Tang's statement and the museum's refusal to exhibit Ai Weiwei's photo series during the opening ceremony on Thursday.

In an interview with ART Magazine ahead of the opening, Uli Sigg also questioned Beijing's influence over the exhibition organizers: "Can the museum work according to its scholarly ethos, or do politicians curate what it can show?" he asked, adding that he felt this was undermining the museum's international reputation before it even opened.

Sigg attended the opening ceremony via video link, but did not comment on the matter at the event.

The M+ Museum collection includes paintings, ceramics, videos and installations by, for instance, China's Zhang Xiaogang and Antony Gormley from the UK.

Ai Weiwei's installation "Whitewash," which features ancient Chinese clay vessels, is also on view. His photo series was never intended to be displayed at the exhibition opening.

The general refusal to exhibit these works in the future casts a shadow over the museum's future. It cannot live up to its high expectations of competing with museums like the Tate Modern in London, MoMA in New York and Centre Pompidou in Paris.