The historic vote in the Judicial Committee came after two days of angry debate, with one marathon sitting of 14 hours on Thursday. 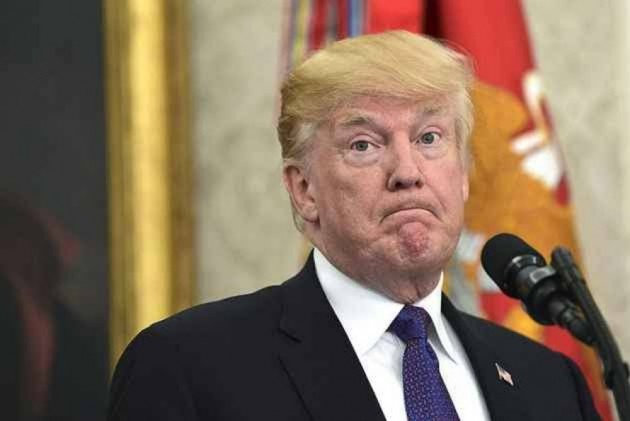 A bitterly divided Judicial Committee voted on Friday to present two scaled-down charges against US President Donald Trump to the House of Representatives for impeaching him, setting in motion a historic process.

The charges of abuse of power and obstruction of Congress, which form the Articles of Impeachment as the charge sheet against Trump is known, will be voted next week by the entire Democrat-controlled House and sent to the Republican-majority Senate to hold a formal trial against him that will be presided over by Supreme Court Chief Justice John Roberts.

In the end, Trump will face no consequences because his party controls the Senate reducing the exercise to a political campaign.

The historic vote in the Judicial Committee came after two days of angry debate, with one marathon sitting of 14 hours on Thursday.

The charges are based on Trump asking Ukraine President Volodymyr Zelentsky to investigate former US Vice President Joe Biden while military aid to that country was pending.

Democrat Committee Chair Jerry Nadler shut down the debate after a series of failed amendments by the Republicans past 11 p.m. on Thursday night and held a quick vote Friday morning that went along party lines in the Democrat-controlled panel.

The impeachment issue has deeply polarised the nation and RealClear Politics, the authoritative aggregator of polls, found that 46.5 per cent of voters supported it, while an equal percentage opposed it. It said that the support for impeachment fell by 2.5 per cent over the last two days as the Judicial Committee took up the charges.

Nadler said after the vote, "This is a solemn and sad day." This is only the third time that a president will be impeached, he added.

Trump's spokesperson Stephanie Grisham said after the vote, "This desperate charade of an impeachment inquiry in the House Judiciary Committee has reached its shameful end."

Trump, who furiously tweeted about 100 times on Thursday, has called it a hoax and a witch hunt. Nadler said the House will act expeditiously on the impeachment.

The Democrats are running against the clock and calendar, as the Republicans have said leading to a narrowing of the charges.

After proposing impeachment from the day after Trump's election, this was the last window for the Democrats to proceed with it as the presidential election will be held next year.

The accusations of Trump's collaboration with Russia in the 2016 election, on which they had been relying, did not pan out when an inquiry by a special counsel reported that there was no such collusion.

While the Democrats had raised accusations of bribery, obstruction of justice and treason during the investigations none of them has been included in the impeachment charges as they raced to get the impeachment voted by Congress before it goes on its Christmas vacation.

Asked by reporters why those charges have not been included in the final Articles of Impeachment, Democrat Speaker Nancy Pelosi said she deferred to lawyers. "I, myself, am not a lawyer, although sometimes I act like one," she said.

But she added the two charges are very powerful and very strong.

Another factor for lowering the pitch on impeachment charges is that some moderate Democrats who won last year in historically pro-Republican constituencies feel they may antagonise Republican voters who swung to their side.

Pelosi is expected to schedule the vote by the full House on impeachment earlier in the week and leave the final days for substantial issues like funding the government to avoid a shutdown and the trade agreement with Mexico and Canada to tamp down accusations that the party was obsessed with impeachment.

The charges are centered on Trump asking Zelentsky to investigate the involvement of former Vice President Biden and his son Hunter in a business in that country.

Nadler said that this amounted to inviting a foreign country to influence US elections - an echo of the Russian meddling through computer hacking and social media campaigns in 2016 - because Biden is bidding for the Democrat nomination to take on Trump next year.

About $400 billion in military aid to Ukraine was withheld by the Trump administration for some months and Nadler said that this was done to force Zelentsky to probe the Bidens amounting to abuse of power that endangered US national security because that country was under Russian threat.

The Republican leader in the Judicial Committee Doug Collins defended Trump saying that the aid was released without Zelentsky ordering an inquiry and Trump wanted to root out corruption.

Republicans tried to put a spotlight on the Bidens with an amendment to the charges, substituting Hunter for his father saying that what Trump's request centered on his business dealings which got him a directorship paying as much as $83,000 a month on a gas company, Burisma, even though he did not have experience in the energy field.

They also referred to the former vice president's boast that he had had the prosecutor looking into Burisma fired by threatening to stop $1 billion in aid.

Trump has said that he welcomed a trial in the Senate, which is expected early next year, and wanted several witnesses called up.

In the investigations by House panels, Republicans were not allowed to call witnesses.

Mitch McConnell, the Republican leader of the Senate that is controlled by his party, will be setting the rules for the trial.