How Afghanistan-Trained Mujahideen Brought Terror To Bangladesh In The 1990s

It is believed that it was following their meeting with Osama Bin Laden that Abdur Rehman Farooqi formed the Harkat-Ul-Jihad-Al-Islami of Bangladesh, better known as HuJI (B), on Afghan soil, as the first Bangladeshi terror organization. 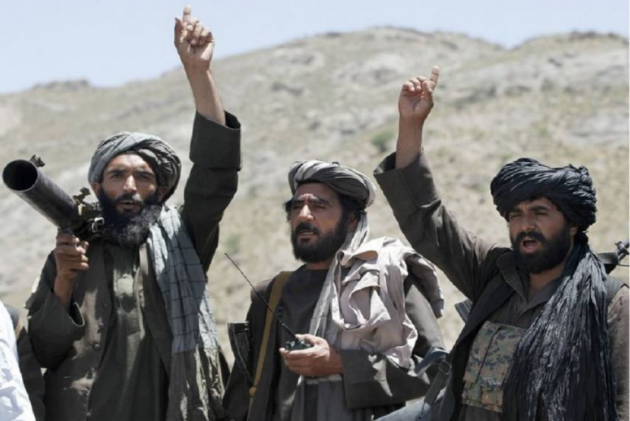 On May 10, 1989, when Bangladesh national Abdur Rehman Farooqi, a Jessore resident, died in a mine blast in Khost province of Afghanistan along with another Jessore resident Nurul Karim while battling the Russian forces, he had already spent five years in the country after leaving his homeland, while Karim had spent two years.

Farooqi had also risen through the mujahideen ranks to become the Commander.

According to a Bengali propaganda website for Jihadi groups, named Ghazwa-e-Hind, Farooqi had joined the battle in Afghanistan in 1984, responding to Afghan mujahideen’s call for joining the war against Soviet invasion. Karim joined in 1987.

They were not alone, though. There were several hundred. Some estimates show more than 3,000 Bangladesh nationals had gone to Afghanistan to join that war from the mid-1980s to the early 1990s.

The timing was crucial considering Russia had started the final stage of withdrawing troops in May 1988. On February 15, the last Soviet soldier left Afghanistan.

Considering the battle against the Russian invasion over, these mujahideen then decided to expand their activities beyond Afghanistan. Bangladesh was identified as one of the countries where such a battle would be initiated to stand by the persecuted Rohingya Muslims, many of whom were staying in Bangladesh after being forced out of Myanmar. That Farooqi is considered the founder of Harkat-Ul-Jihad-Al-Islami of Bangladesh HuJI (B).

It is estimated that it was following their meeting with Laden that Farooqi led the formation of the Harkat-Ul-Jihad-Al-Islami of Bangladesh, better known as HuJI (B), on Afghan soil, as the first Bangladeshi terror organisation.

During the battle in Afghanistan, several Bangladeshi nationals died. Parashar’s book puts the figure at 34, while the Jihadi website gives details of 24 persons who died between 1985 and 1992, including their place of origin, when they joined the war in Afghanistan, and when they died under which circumstances. Of them, 12 died in Khost province, four in Jalalabad, three in Gardez, two in Urgun, and one each in Herat, Kabul, and Ghazni. This list of 24, however, is incomplete as there are other known names of ‘martyrs’ who are not part of it.

The rest of them started returning to Bangladesh from 1989 onwards, in batches and helped build HuJI (B)’s networks in Bangladesh. One of them, who was an associate of Farooqi and had also met Laden in Khost, is Sheikh Abdus Salam, who founded HuJI (B) on Bangladesh soil.

The organisation was formally launched on April 30, 1992, at the Press Club in Dhaka. Some were still in Afghanistan, who returned later, such as Mufti Abdul Hannan, who went to Afghanistan in 1988 and returned to Bangladesh in 1994 when he got involved in organising HuJI(B). Some of these fighters returned after the formation of the Taliban-led Islamic Emirate of Afghanistan in 1996.

HuJI (B) was the first terror organisation of Bangladesh, which engaged in terrorist activities since 1999 after using the initial years for building a network. The first terror attack happened on March 7, 1999, when HuJI(B) operatives triggered bomb blasts at a conference of the cultural group, Udichi, in Jessore, killing 10 and injuring more than a hundred.

Since then, they engineered a series of terror attacks as emerged as the principal terror group in Bangladesh, until Jamaat ul Mujahideen Bangladesh, better known as JMB stole all the limelight by triggering simultaneous blasts at 525 places across 63 of the 64 districts in Bangladesh, on August 17, 2005.

The JMB, which was founded in 1998, too, was an ideological follower of the Taliban and Al-Qaeda.

Salam was arrested in 2009 and is still behind the bars in Bangladesh. Hannan was hanged in 2017.

Among jihadi elements in Bangladesh, the Taliban and the Al Qaeda had profound influence till the rise of ISIS in central Asia around 2013-14, when terrorist elements in Bangladesh got divided into pro-Al-Qaeda and pro-ISIS camps. The JMB itself split into ‘old JMB’ and ‘neo-JMB’ factions, with the former continuing it's allegiance to Al Qaeda and the latter to ISIS. It’s the neo-JMB that stole most of the limelight with its terrorist acts since 2013, while Ansarullah Bangla Team (ABT), a pro-Al-Qaeda group, also hogged the headlines.

However, with the decline of the ISIS 2017 onwards, their appeal in Bangladesh reduced, too, while pro-Al Qaeda operatives started regrouping under several new banners. The ABT has over the past three years transformed into Ansar Al Islam. Bangladesh security officials believe the HuJI (B) militants have also gathered under the banner of Ansar Al Islam.

Earlier this week, several Bangladeshi media houses reported that Dhaka Metropolitan Police (DMP) Commissioner Md Shafiqul Islam expressed concerns that the situation in Afghanistan may encourage militants in Bangladesh while saying that some youths were already trying to reach Afghanistan after crossing India and Pakistan.

“Recently, the Taliban has urged people to join the war in Afghanistan and some people, responding to their call, have left home,” Islam was quoted as saying, while he also said three persons recently arrested in Kolkata were probably among those who left Bangladesh for Afghanistan.

Three suspected terrorists belonging to JMB were arrested from the Haridebpur area in Kolkata in the first week of August and India’s National Investigation Agency (NIA) has taken charge of the investigation.