Henley & Partners’ Henley Passport Index, a recent study, divulges how the gains achieved by wealthier countries in travel freedom have come at the cost of poorer countries. 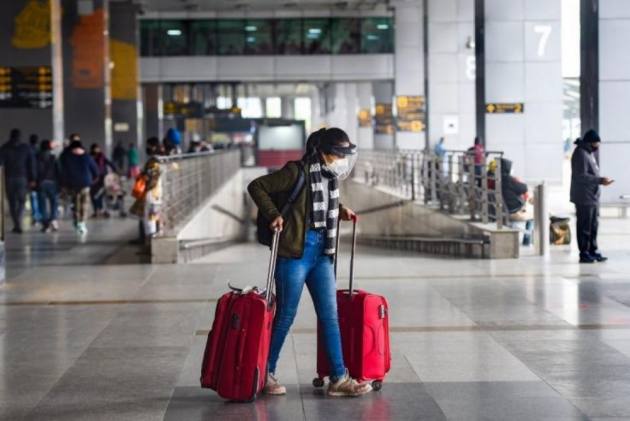 In its recent study,  the annual Henley & Partners’ Henley Passport Index of 199 countries, India has been placed in the 83rd position on the basis of the world's most travel-friendly passports for 2022.  Japan and Singapore topped the list. Keeping aside the Covid-19 restrictions, the passport holders of these two Asian countries can enter 192 destinations around the world visa-free. While Singapore and Japan have topped the list, Afghanistan sits at the bottom of the list.

Passport holders from the Taliban-ruled country have visa-free access to 166 lesser countries as compared to the two countries. However, among the several factors that dictate the indexing of the countries, the outbreak of the coronavirus and ensuing lockdown have been the key contributors to the deepening divide in international mobility between wealthier countries and poorer ones.

The second position is jointly held by Germany and South Korea, where passport holders can access 190 destinations without any prior visa. Finland, Italy, Luxembourg, and Spain share the third spot allowing their people to travel to 189 countries visa-free. The United Kingdom and the United States jointly sit in eighth place with a visa-on-arrival score of 186.

The study, which has fetched data from the International Air Transport Association (IATA), assessed all the world’s passports according to the number of destinations their holders can access without a prior visa. However, in their assessment, it was found that although the levels of freedom in travel have expanded over the years, people from countries in the global north can travel to 180 destinations visa-free as compared to countries in the global south. People here can travel to only 80 countries.

The question always lies, what causes the disparity?

When the Omicron variant was first detected in Africa, there were several punitive measures slapped on travel from African Nations. Following this, the U.N. Secretary-General Antonio Guterres described the situation as “travel apartheid”. This travel isolation could have been avoided if the European Union had diverted more resources to southern Africa heeding arguments around vaccine inequality.

“Had the US, Britain, and the EU diverted more money and vaccines to southern Africa, the chances of such a robust new strain emerging would have been much lower. Until we share the distribution of vaccines more equitably, new mutations will have the ability to send us all back to square one,” said a journalist and associate professor at Columbia University's Harriman Institute remarking on the study. The study highlights how the spread of Omicron “points to a major geopolitical failure”.

The study further divulges that the gains achieved by wealthier countries in travel freedom have come at the cost of poorer countries. Over the recent years, countries with low-middle income groups have faced more travel barriers than others. People from the high-income (wealthier) countries have received easy access to most countries while those from the lower-income strata have faced mounting restrictions as they are deemed to be high-risk when it comes to ‘security, asylum, and overstay’.

Often these ‘low-income’ countries are mostly caught in political warfare and for their people, escape becomes the only survival. However, these people holding passports have the fewest pathways for regular and orderly movement.

The study states, “Geopolitical status is a significant factor influencing the power of the passport: Iranians and Cubans move less freely than Turks, despite having similar levels of overall fragility. Finally, the well-documented global democratic decline seems to have had little impact on the ability of newly non-democratic countries’ citizens to move – democratic and non-democratic countries alike have, on the whole, seen increased access to visa-free travel.”

The analysis further reinforces certain harsh realities. If a person is fortunate to hold a passport from a rich and stable country, they stand more benefits in terms of international access than the ones from poor and conflict areas.

An individual’s health and vaccination status has now become a key influential factor when it comes to accessing a visa-free passport.

“An individual’s nationality and residence status continue to dictate access to nationally approved vaccines, while the lack of a globally recognized vaccine passport restricts mobility. Being a resident in the ‘wrong’ nation might heavily impact access to business, health, and medical services, and make it impossible for some to travel,” the analysis states.

Additionally, much like racial and religious discrimination faced across international borders, the study underlines --- how the ‘borders within which we happen to be born, and the documents we are entitled to hold, are no less arbitrary than our skin colour’.

Passport and visas, which continue to dictate the ranks of countries in the index and are determinants of global mobility, heavily impact the social inequality that has captured international travelling in times of a pandemic.