'Ran Into A Dead-End Tunnel, Whimpering And Crying': How IS Chief Baghdadi Was Killed

Baghdadi, who was in his late 40s and carried a bounty of at least $25 million, was one of the most wanted terrorists in the world. He presided over the brutal 'Caliphate' that he had set up in Syria and Iraq enforcing a fundamentalist code and killing thousands. 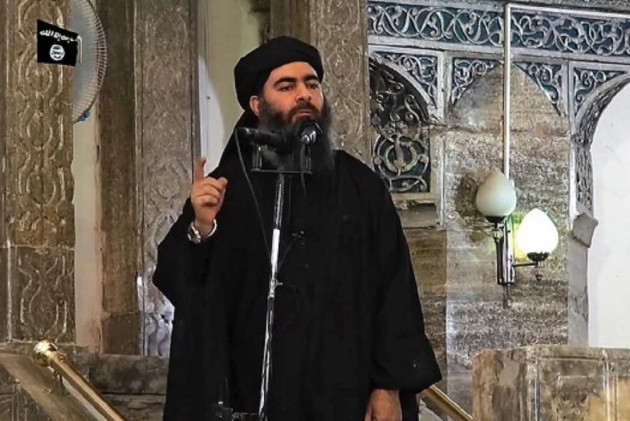 Abu Bakr Al-Baghdadi, the elusive leader of the dreaded Islamic State (IS) terror group, died like a coward, "whimpering and crying" in a US raid, American President Donald Trump said, adding that an "innocent man, woman or child" would never be harmed again.

Baghdadi, who was in his late 40s and carried a bounty of at least $25 million, was one of the most wanted terrorists in the world. He presided over the brutal 'Caliphate' that he had set up in Syria and Iraq enforcing a fundamentalist code and killing thousands.

His death is the the most significant announcement since former President Barack Obama revealed Al Qaeda leader Osama bin Laden had been killed by US Navy Seals in a dramatic late night address in May 2011.

But what do we know about this raid?

In a televised address on Sunday evening, Trump announced that "the world's number one terrorist leader" died during a "dangerous and daring night-time raid into north-western Syria" by US Special Operations forces.

The President said that helicopters transporting the special forces took off from an undisclosed location after 5 p.m. in Washington D.C. on Saturday, when he and other leaders gathered at the White House Situation Room, the BBC reported.

The helicopters had to fly for approximately one hour and 10 minutes in both directions, while the operation on the ground took about two hours, he added.

The helicopters apparently flew over Turkey, as well as territory controlled by the Syrian and Russian militaries. Russia co-operated and "opened up" the airspace for them, despite not being told the purpose of the raid, the BBC quoted Trump as saying.

"The flight in and the flight out was a very, very dangerous part. There was a chance that we would have met with unbelievable fire," he said, adding: "we flew very, very low and very, very
fast."

As the helicopters neared the compound, they came under "local gunfire" that Trump said was "immediately terminated".

Officials told US media that in the early hours of Sunday in Syria, the special forces had targeted a small compound outside the village of Barisha in Idlib province, about 5 km south of the Turkish border.

A villager in Barisha told BBC that there was shooting from helicopters for 30 minutes before troops became active on the ground, saying the helicopters fired missiles at two houses, flattening  one.

Once the helicopters landed, the special forces personnel blew holes in the walls of the compound to avoid going through the booby-trapped main door, and then began clearing it, according to Trump.

The President said Baghdadi died "after running into a dead-end tunnel, whimpering and crying and screaming".

"The compound had been cleared by this time, with people either surrendering or being shot and killed. Eleven young children were moved out of the house uninjured. The only ones remaining were Baghdadi in the tunnel, who had dragged three children with him to certain death," he added.

"He reached the end of the tunnel, as our dogs chased him down. He ignited his vest, killing himself and the three children. His body was mutilated by the blast. The tunnel had caved in on it, in addition."

Trump said test results carried out on the remains of the man who blew himself up in the tunnel "gave certain, immediate and totally positive identification" that it was Baghdadi.

"It was a very quick call that took place about 15 minutes after he was killed."

The President said that "no US personnel were lost in the operation, while a large number of Baghdadi's fighters and companions, including two of his wives, were killed with him", the BBC added.