Why India Should Send Humanitarian Aid To Afghans In Crisis

New Delhi has always talked of its close links with the people of Afghanistan. It is time for India to put its money where its mouth is. 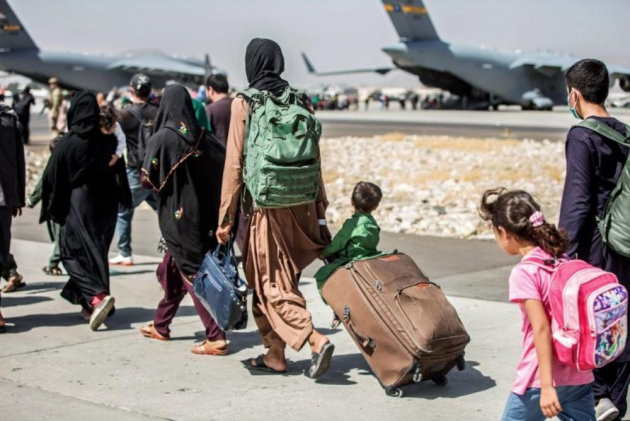 It is time for India to put its money where its mouth is. New Delhi has always talked of India’s close links with the people of Afghanistan. That is part of the diplomatic ritual. It is also true that Afghanistan and India have, except for brief periods in history, enjoyed excellent ties. In popular memory, the kohl-eyed `Kabuliwala’ in a Pathan-suit carrying a basket load of dried fruits is the quintessential image of Afghanistan etched in the memory of the older generation of Indians. Rabindranath Tagore even wrote a touching short story on the Kabuliwala, which was later made into an iconic film by director Tapan Sinha.

Afghan refugees fleeing Taliban rule in the mid-1990s were welcomed to India with open arms. Most of the refugees earned a living by setting up small eating joints. In cities like Delhi, Afghan cuisine served with a variety of mutton and chicken dishes is a popular favourite for non-vegetarians. Till the fall of Kabul, Afghans came in large numbers for medical treatment. Many leading private hospitals in Delhi had Afghan interpreters to help the patients and their families understand what doctors had to say. Yes, India has had a long relationship with Afghanistan.

Since 2001 when American and NATO troops were in Afghanistan and the US-backed governments of Hamid Karzai and Ashraf Ghani were in power, India’s development work in the country gained traction among ordinary Afghans. New Delhi’s $3 billion investments went to repairing the Salma dam, building a shining new Parliament house, repairing transmission lines, setting up small water supply projects, building and repairing roads and giving scholarships for study in India, which helped to build India’s image as a benevolent neighbour. It is necessary to retain that goodwill at a time when Afghans are facing a devastating food shortage.

Since August 15, with the Taliban back at the helm in Kabul, India’s is out of Afghanistan. But New Delhi can still send aid for the ordinary citizen facing a dire emergency. Helping people does not mean endorsing or wooing the Taliban. The suppliers are not to the Taliban though it will have to be delivered to the government.

The UN had repeatedly warned that millions of people in Afghanistan could soon run out of food, and with winter approaching, many are at risk of starvation. “At least one million children will suffer from severe acute malnutrition this year and could die without treatment,” said Henrietta H. Fore, the executive director of UNICEF. According to reports more than 18 million people are in desperate need of assistance, something the Taliban is not in a position to provide. Foreign assistance by which Afghanistan was largely running has stopped. Over $9.5 billion central bank assets are frozen in US banks, the IMF and World Bank have both temporarily halted funds. Thanks to the UN efforts small amount of funds have begun dribbling in to stop a complete collapse. The economic situation any way is dire. The long civil war, a severe drought, the pandemic and its economic fall-out have all combined to create a massive crisis for the poorer sections of Afghan society.

Granaries are running empty. Agriculture on which 75 per cent depend for their livelihood has been in a crisis, with people unable to plant crops thanks to the incessant fighting. The World Food Programme has said that 40 per cent of the country’s crops are lost thanks to severe drought this year.

It is now that India can step in and send out wheat and other essentials as humanitarian assistance for the people of Afghanistan. If New Delhi does not want to do it bilaterally, it can always send in aid through the UN. Such a gesture at a time when millions of Afghan’s are on the verge of starvation will never be forgotten. It will be a smart diplomatic move to earn goodwill among Afghans and resurrect India’s image as a country with a heart.