The discovery could help explain why, for example, COVID vaccines appear to be less effective for some people. 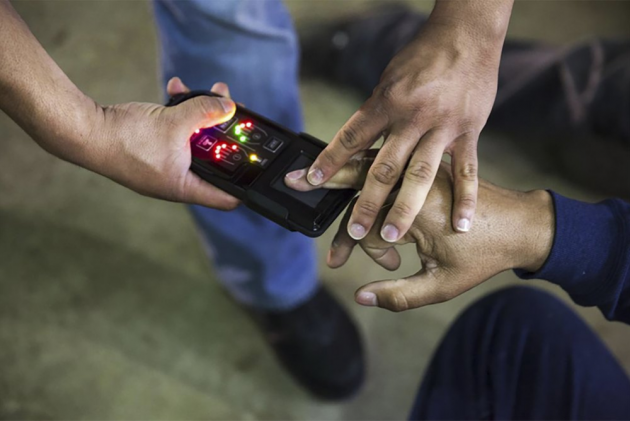 Every person appears to have a unique immune system. Researchers have discovered this immune diversity after charting antibodies in the blood from healthy and sick people.

The discovery could help explain why, for example, COVID vaccines appear to be less effective for some people. At the same time, it points to the possibility of identifying and retrieving particularly effective antibodies from individuals and using them to cure others.

In our daily life, our body is confronted and attacked by many germs that use clever tricks to enter our body, aiming to take control. Luckily, we have a powerful defence: our immune system.

With a well-functioning immune system, we can combat most of the germs that continuously and aggressively approach us. Part of our arsenal of weapons to neutralise invading germs are protein molecules called antibodies. These antibodies are abundant in the blood, streaming throughout our body, forming the first line of defence when a new nasty germ appears.

Each different germ requires a different arsenal of weapons (antibodies) to combat them most efficiently. Luckily, our body has provided us with a means to make millions to even billions of different antibodies, but they cannot all be made at the same time. Often, specific antibodies are only made as a response to a particular germ.

How many different antibodies are made at a given moment and are thus present in our blood, was not known. Many scientists estimated it to be over several billion and hence almost immeasurable. Using a few droplets of blood and a technique called mass spectrometry, my colleagues and I were able to capture and measure the number of different antibodies in the blood and also assess the exact concentration of each of them.

Although theoretically, our body has the capacity to make trillions of different antibodies, a first surprise came when we noted that in the bloodstream of both healthy and diseased people just a few tens to hundreds of distinct antibodies were present at high concentrations.

Monitoring these profiles from just a few droplets of blood, we were surprised for a second time when we noticed that the way the immune system responds to germs varies highly from person to person, with each person’s antibody profile being unique.

And the concentrations of these antibodies change in a unique way during illness or after a vaccination. The results may explain why some people are more prone to becoming ill from flu or COVID, or why they recover faster from some illnesses than others do.

The method has been used to measure antibody profiles in about 100 people, including COVID patients and people vaccinated with different COVID vaccines. Not once did we encounter the same antibodies in two different people, even if they had received the same vaccine. It’s safe to say that everyone’s antibody profile is as unique as their fingerprint.

The research creates opportunities to make optimal vaccinations and drugs tailored to an individual’s immune system. By mapping someone’s antibody profile, you can track how their body responds to a vaccine or infection – or even a drug treatment. This way, you can also check whether the body produces enough of the desired antibodies, for example, those against the coronavirus. If they don’t produce enough, you can consider offering booster shots or antibodies that worked for other people.