The law prohibits sharing any content portraying homosexuality or sex reassignment to children under 18 in school sex education programs, films and advertisements 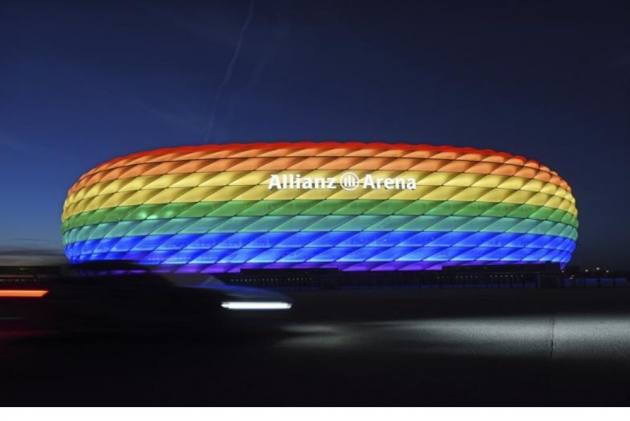 Hungary's foreign minister alleged Tuesday that a disinformation campaign was being used to rally international criticism of a recent law passed in Hungary that has been widely seen as targeting LGBT people.

Speaking at a press conference following a General Affairs Council meeting in Luxembourg, Foreign Minister Peter Szijjarto reacted to a question on reported plans by Benelux countries to release a joint statement condemning the new law.

“A global fake news campaign is taking place concerning the law on the protection of children,” Szijjarto said, adding that “99% of those making criticisms have not read the entire law.”

Warsaw Set To Hold Pride Parade Amid Pandemic And Backlash

The law is ostensibly designed to crack down on pedophilia, but critics argue amendments to it make a dangerous link between homosexuality and the abuse of minors. The law prohibits sharing any content portraying homosexuality or sex reassignment to children under 18 in school sex education programs, films and advertisements.

Human rights groups have denounced the measure, saying it could be used to stigmatize and harass residents because of their sexual orientation or gender identities, and deprive young people of essential sex education information.

Thousands have protested in Hungary's capital of Budapest against the measures.

Munich Mayor Dieter Reiter asked permission from UEFA, Europe's governing body for soccer, for Germany's stadium to be lit up with rainbow colors to reject homophobia and intolerance when the national team plays Hungary on Wednesday.

UEFA declined the request, saying Tuesday it understands the intention but was rejecting the move because of its political context — “a message aiming at a decision taken by the Hungarian national parliament.”

At the press conference, Szijjarto repeated earlier Hungarian government claims that the legislation is designed only to protect children from pedophiles and to ensure that only parents have the right and responsibility to education their children on matters of sexual orientation.