A Category 2 hurricane crawled inland from the coast, about 25 miles (40 kilometers) southwest of coastal Puerto Cabezas or Bilwi 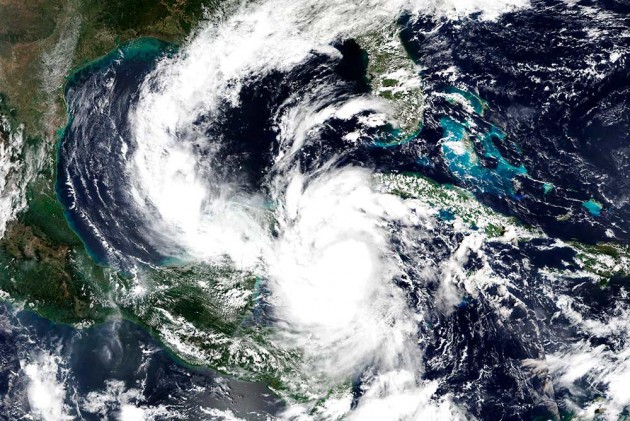 The heart of powerful Hurricane Eta moved ashore in Nicaragua on Tuesday with devastating winds and rains that destroyed rooftops and caused rivers to overflow.

The hurricane had sustained winds of 110 mph (175 kph), according to the U.S. National Hurricane Center, down from an overnight peak of 150 mph (240 kph). Even before it made landfall as a Category 4 hurricane, Honduras reported the first death after a mudslide trapped a 12-year-old girl in San Pedro Sula.

Tuesday afternoon, the strong Category 2 hurricane crawled inland from the coast, about 25 miles (40 kilometers) southwest of coastal Puerto Cabezas or Bilwi, and it was moving west near 5 mph (7 kph).

Landfall came hours after it had been expected. Eta's eye had hovered just offshore through the night and Tuesday morning. The unceasing winds uprooted trees and ripped roofs apart, scattering corrugated metal through the streets of Bilwi, the main coastal city in the region. The city's regional hospital abandoned its building, moving patients to a local technical school campus.

“It was an intense night for everyone in Bilwi, Waspam and the communities along the northern coast,” Yamil Zapata, local Bilwi representative of the ruling Sandinista Front, told local Channel 4 Tuesday.

Guillermo González, director of the country's emergency management agency, said in a news conference earlier that there were reports of corrugated metal roofs flying off homes, trees, poles and power lines falling and rivers rising in the coastal area. So far, there were no reported injuries or deaths, he said.

About 10,000 people were in shelters in Bilwi and an equal number in smaller towns across the region, he said. The area had already been lashed with strong winds and heavy rain for hours.