Hurricane Ida Blasts Ashore As One Of The Most Powerful Storms Ever To Hit The US, Reverses Flow Of Mississippi River 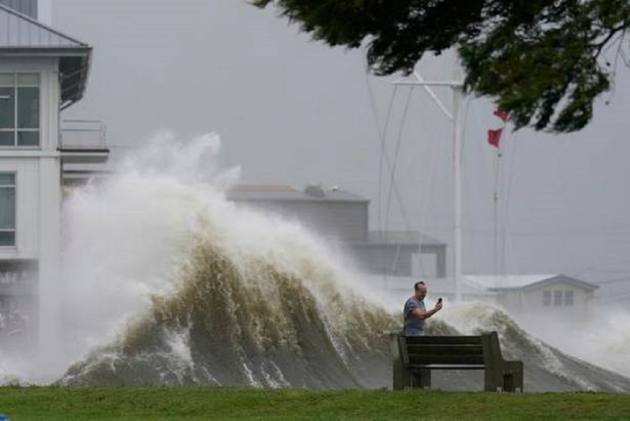 Hurricane Ida blasted ashore as one of the most powerful storms ever to hit the US, blowing off roofs and reversing the flow of the Mississippi River as it rushed from the Louisiana coast toward New Orleans and one of the nation's most important industrial corridors.

The Ascension Parish Sheriff's Office said on Facebook that deputies responding to a report of someone injured by a fallen tree at a home in Prairieville confirmed the person's death.

The Category 4 storm hit on the same date Hurricane Katrina ravaged Louisiana and Mississippi 16 years earlier, coming ashore about 45 miles west of where Category 3 Katrina first struck land. Ida's 150-mph winds tied it for the fifth-strongest hurricane to ever hit the mainland US.

The rising ocean swamped the barrier island of Grand Isle as landfall came just to the west at Port Fourchon. Ida made a second landfall about two hours later near Galliano. The hurricane was churning through the far southern Louisiana wetlands, with the more than 2 million people living in and around New Orleans and Baton Rouge under threat.

“This is going to be much stronger than we usually see and, quite frankly, if you had to draw up the worst possible path for a hurricane in Louisiana, it would be something very, very close to what we're seeing,” Gov. John Bel Edwards told The Associated Press.

People in Louisiana woke up to a monster storm after Ida's top winds grew by 45 mph in five hours as the hurricane moved through some of the warmest ocean water in the world in the northern Gulf of Mexico.

Wind tore at awnings and water spilled out of Lake Ponchartrain in New Orleans on Sunday, and boats broke loose from their moorings. Engineers detected a “negative flow” on the Mississippi River as a result of storm surge, US Army Corps of Engineers spokesman Ricky Boyette said.

Edwards said he watched a live video feed from around Port Fourchon as Ida came ashore.

“The storm surge is just tremendous. We can see the roofs have been blown off of the port buildings in many places,” Edwards told the AP.

Officials said Ida's swift intensification from a few thunderstorms to a massive hurricane in just three days left no time to organise a mandatory evacuation of New Orleans' 390,000 residents. Mayor LaToya Cantrell urged residents remaining in the city on Sunday to “hunker down."