‘I Wish I Had Known Better’: Trudeau Apologises For Wearing ‘Brownface’ Makeup

The black-and-white photograph shows Justin Trudeau, then 29, wearing a turban and robes with his face, neck and hands darkened at a gala party in 2001. 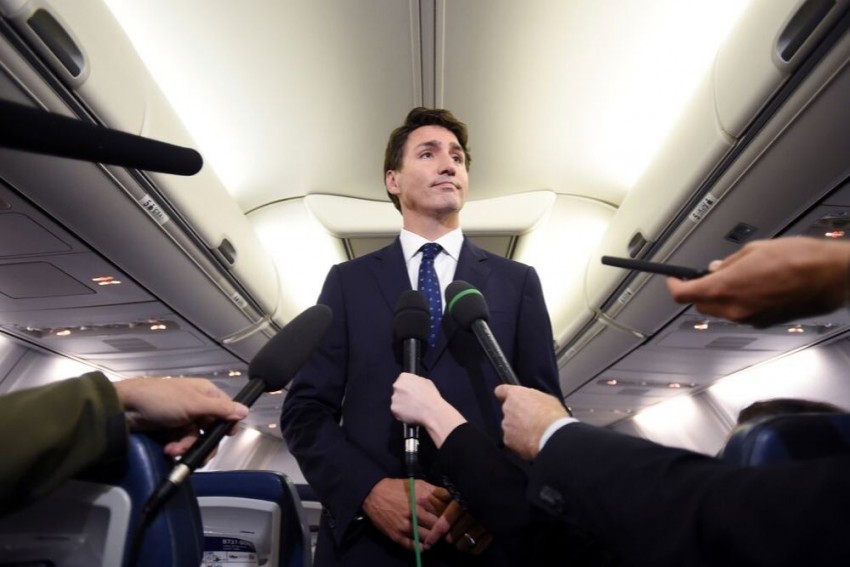 Canadian Prime Minister and Liberal Party leader Justin Trudeau apologised for wearing "brownface" makeup to a party at a school where he taught 18 years ago, during a scrum on his campaign plane in Halifax, Nova Scotia.
AP Photo
AFP 2019-09-19T12:47:38+05:30 ‘I Wish I Had Known Better’: Trudeau Apologises For Wearing ‘Brownface’ Makeup 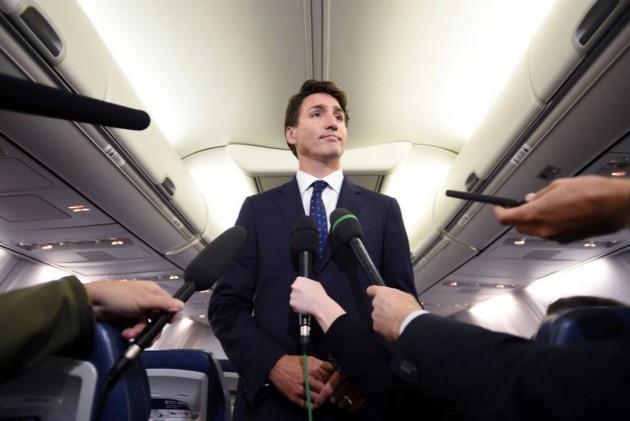 Canada's Prime Minister Justin Trudeau, a fervent advocate of the multiculturalism integral to Canadian identity, apologised Wednesday for wearing brownface makeup to a party at a school where he taught 18 years ago.

Time magazine published the photograph one week into a federal election campaign with Trudeau's Liberal Party in a tight contest against the Conservatives led by Andrew Scheer.

Trudeau, 47, whose party won a landslide victory in 2015, has already been under attack for an ethics lapse and other controversies.

The black-and-white photograph shows Trudeau, then 29, wearing a turban and robes with his face, neck and hands darkened at a gala party in 2001.

The picture appears in the 2000-2001 yearbook of West Point Grey Academy, a private school where Trudeau taught at the time, the US-based Time magazine said.

Trudeau himself confirmed it was him in the photo "at the school's annual dinner which had a costume theme of 'Arabian Nights.'" "I have worked all my life to try to create opportunities for people, fight against racism and intolerance," Trudeau told a televised news conference on his campaign aircraft.

"I can say I made a mistake when I was younger and I wish I hadn't. I wish I had known better then, but I didn't and I'm deeply sorry for it." "Now I recognize it was something racist to do," he said. "It was a dumb thing to do. I'm disappointed in myself."

Jagmeet Singh, leader of the third place New Democratic Party, reacted by calling the behavior "insulting." "Anytime we hear examples of brown face or blackface, it's making a mockery of someone for what they live and what their lived experiences are," he said.

"What does that say about what he thinks about people who, because of who they are, because of the colour of their skin, face challenges and barriers and obstacles in their life. Racism is real." Politicians in Canada's southern neighbor the United States, with its history of slavery and segregation, have been embroiled in scandal this year over their alleged wearing of "blackface."

Virginia Governor Ralph Northam refused to resign after first admitting he appeared in a yearbook photograph showing a person in blackface and another wearing Ku Klux Klan robes, only to deny a day later that either individual was him.

Half of Trudeau's cabinet are women, and at least six members have Asian or African heritage.

Accusations of political meddling in a bribery case against engineering giant SNC-Lavalin plunged support for Trudeau at the beginning of the year.

The scandal broke when two members of his own cabinet accused him and his aides of meddling in the prosecution of SNC-Lavalin to save jobs.

Both the ministers were women and one was Canada's first indigenous attorney general. They were expelled from the party.

The episode cost Trudeau support among women, indigenous people and young people -- constituents that helped propel him to victory in 2015.

Trudeau is the son of former prime minister Pierre Trudeau, who is considered the father of modern Canada.

The younger Trudeau's stint as a teacher belonged to a colorful past that also included working as a snowboard instructor, a bartender and a bouncer.