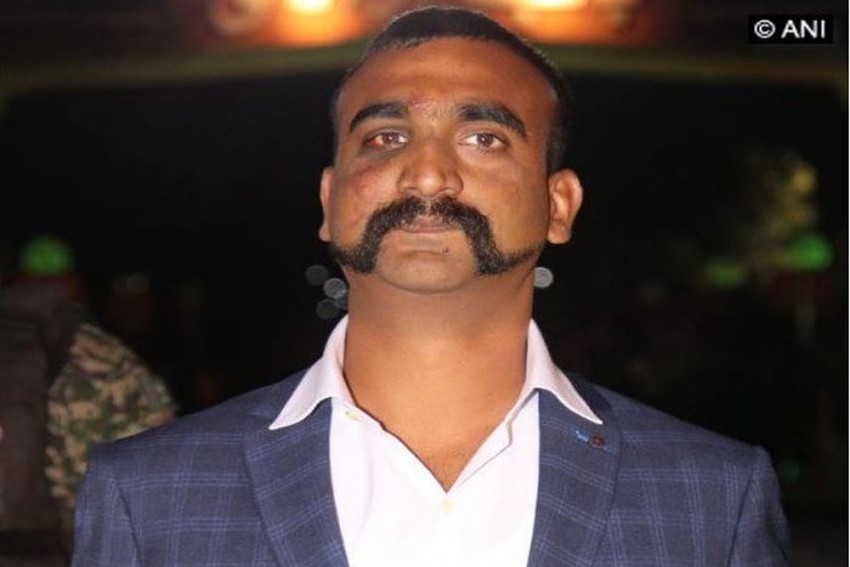 A Pakistan MP in Parliament on Wednesday claimed that the Imran Khan government had abruptly released IAF pilot Abhinandan Varthaman fearing an attack by India.
Last february, the Indian Air Force pilot was captured by Pakistan after the ugly dogfight between Pakistani and Indian pilots.

During a Parliament session, Pakistan Muslim League-N (PML-N) leader Ayaz Sadiq recalls the incident when parliamentary leaders, including PML-N and Army Chief General Qamar Javed Bajwa had asked to set Abhinandan free after India's ultimatum to launch an attack to Pakistan at 9pm.

Dunya News quoted Sadiq as saying, "I remember Shah Mahmood Qureshi was in the meeting in which Imran Khan had refused to attend and Chief of Army Staff General Bajwa came into the room, his legs were shaking and he was perspiring. Foreign minister said for God`s sake let Abhinandan go, India`s about to attack Pakistan at 9 PM", Sadiq recounted the events of the important meeting. It further quoted that the Opposition has supported the government in all issues, including Abhinandan but will not be able to further support it.

“General Bajwa came into the Room & his Legs were Shaking. Foreign Minister @SMQureshiPTI said- For God’s sake let Abhinandan go, India’s about to attack Pakistan at 9PM.”- Ayaz Sadiq in Parliament of Pakistan.
Now this is on Record of Proceedings in Pakistan’s Parliament.ðÂÂÂÂÂÂÂÂÂÂÂÂðÂÂÂÂ¤£ pic.twitter.com/i1LqpwoFNS

Amidst this, the BJP on Thursday launched a scathing attack on the Congress and attacked the Opposition party for “mocking” the armed forces. BJP president JP Nadda took at a dig at Rahul Gandhi and claimed that since the Congress doesn’t believe the government’s narrative on how well it has supported the armed forces, here is proof from Pakistan itself.

"Congress’ princeling does not believe anything Indian, be it our Army, our Government, our Citizens. So, here is something from his ‘Most Trusted Nation’, Pakistan. Hopefully now he sees some light...,” Nadda tweeted sharing the Pakistan MP’s speech.

Congress’ princeling does not believe anything Indian, be it our Army, our Government, our Citizens. So, here is something from his ‘Most Trusted Nation’, Pakistan. Hopefully now he sees some light... pic.twitter.com/shwdbkQWai

Hitting out at the Congress, Nadda said the party “premised its entire campaign around keeping India’s armed forces in a weak position” adding that the people of India rejected such politics by punishing the Congress in the 2019 general elections.

Addressing a press conference at the party headquarters, BJP national spokesperson Sambit Patra also attacked the Congress over the issue and dubbed Rahul Gandhi as the "prince of Pakistan".

Citing the video, Patra said, “now I would like to ask Rahul Gandhi why did he side with those who were shivering and sweating in Pakistan due to their fear of India. He (Rahul Gandhi) is the prince of Pakistan and not only of the Congress”.Political parties should be united on issues of national interest but Congress uses them for its divisive politics, Patra added.

Wing Commander Abhinandan Varthaman came into limelight when he shot down Pakistan's  F-16 aircraft in February 2019. He was captured later by Pakistan. Abhinandan returned to India on March 1 via the Attari-Wagah border. President Ram Nath Kovind awarded Abhinandan with Vir Chakra on Independence Day for showing exemplary bravery.