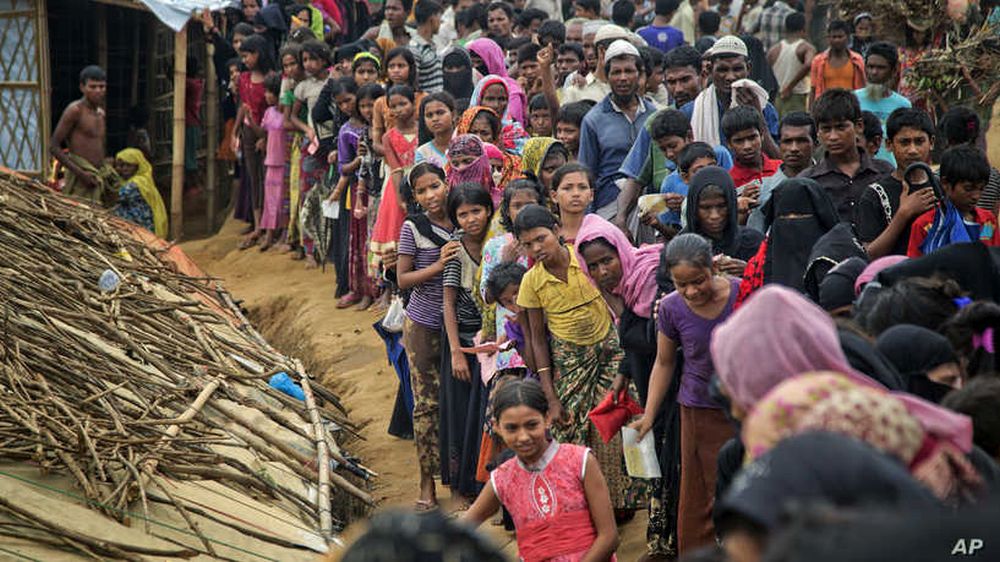 The International Court of Justice on Thursday ordered Myanmar to take all measures to prevent the genocide of Rohingya Muslims.

The court's president, Judge Abdulqawi Ahmed Yusuf, said the International Court of Justice "is of the opinion that the Rohingya in Myanmar remain extremely vulnerable.”

The court added that its order for so-called provisional measures intended to protect the Rohingya is binding "and creates international legal obligations" on Myanmar.

At the end of an hour-long sitting in the court's wood-paneled Great Hall of Justice, judges also ordered Myanmar to report to them in four months on what measures the country has taken to comply with the order and then to report every six months as the case moves slowly through the world court.

The case was brought to the ICJ by the Gambia accusing the Southeast Asian nation of committing genocide against the Rohingya Muslims.

The charge of genocide refers to the military operations, carried out in the Rakhine state by the Myanmar army in 2016 and 2017 as a response to armed attacks by rebels belonging to the insurgent group Arakan Rohingya Salvation Army (ARSA), that led to the fleeing of some 800,000 Rohingyas to neighbouring Bangladesh.

At public hearings last month, lawyers for Myanmar's accusers used maps, satellite images and graphic photos to detail what they call a campaign of murder, rape and destruction amounting to genocide perpetrated by Myanmar's military.

The first hearing took place in the Hague in December, and The Gambia's legal team requested a set of six provisional measures to ensure that Myanmar complies with the 1948 Genocide Convention, which it signed in 1956.

The Myanmar government has denied entry into the country to a Fact-Finding Mission, set up by the UN in the aftermath of the military operations, that accused the military in 2018 of carrying out a campaign of killings, tortures, burning of houses, and rapes with "genocidal intent".

Also Read: They Who Belong To The Earth

For its part, the Myanmar legal team, headed by the de facto leader of the country, Aung San Suu Kyi, denied the allegations of genocide, and asserted that the counter-insurgency operations were just part of an internal conflict triggered by ARSA.

The Myanmar military on Thursday issued a statement, in which it asserted that "it will not only give full consideration to the recommendations relating to the armed forces in the report of the ICOE but the office of the Judge Advocate General will study the report in detail as well."