‘If Trump Is Still Covid-19 Positive, We Shouldn’t Have A Debate,’ Says Joe Biden

The first of the three presidential debates between Democratic presidential candidate Joe Biden and US President Donald Trump was held on September 29. The second debate is scheduled to be held on October 15 in Miami. 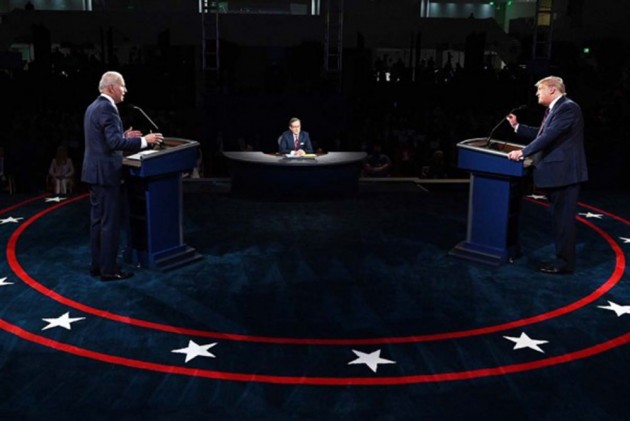 Democratic Party presidential candidate Joe Biden on Tuesday expressed his discomfort with regards to participating in the second presidential debate with US President Donald Trump, next week. “I think if he (Trump) still has Covid-19, we shouldn’t have a debate,” Biden, told reporters on Tuesday.

The first of the three presidential debates between Biden and Trump was held on September 29. The second debate is scheduled to be held on October 15 in Miami and the final one is scheduled on October 22 in Nashville, Tennessee.

Biden has said that he will consult with medical experts before taking a final decision. “Too many people have been infected. It’s a very serious problem, so I will abide by the guidelines of the Cleveland Clinic and go by what the docs say is the right thing to do,” he said.

It’s Been A Very Interesting Journey: Donald Trump on Covid-19

US President Donald Trump Returns To The White House

Biden added that he was looking forward to debating Trump but emphasised that all Covid-19 related protocols should be followed. “I’m not sure what President Trump is all about now. I don’t know what his status is. I’m looking forward to being able to debate him but I just hope all protocols are followed,” Biden said.

I am looking forward to the debate on the evening of Thursday, October 15th in Miami. It will be great!