IMF Suspends Engagement With Taliban Until Govt Gets International Recognition

The IMF said it was deeply concerned with economic conditions in Afghanistan, urging the international community to take urgent steps to stall a "looming humanitarian crisis" in the country. 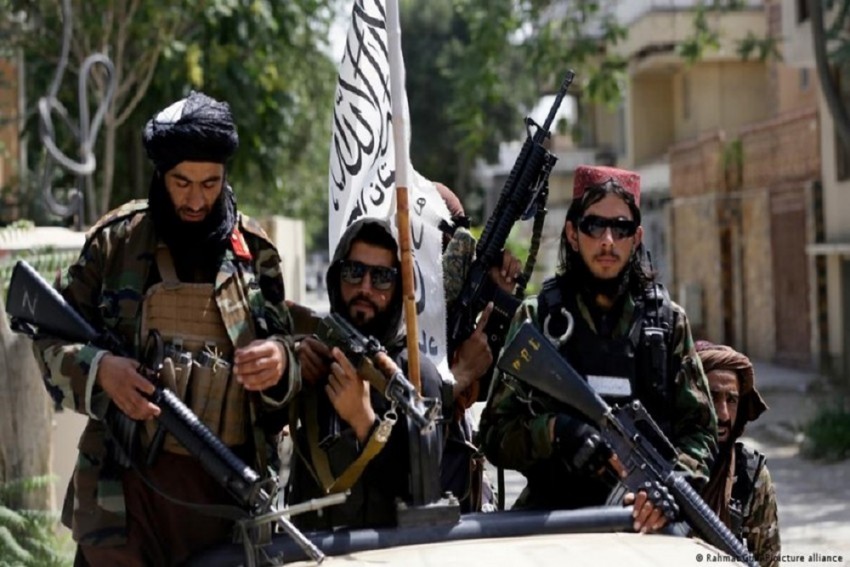 The International Monetary Fund has said its engagement with Afghanistan will remain suspended until there is clarity within the international community on the recognition of the government led by the Taliban.

The IMF said it was deeply concerned with economic conditions in Afghanistan, urging the international community to take urgent steps to stall a "looming humanitarian crisis" in the country.

“Our engagement with Afghanistan has been suspended until there is clarity within the international community on the recognition of the government,” IMF spokesperson Gerry Rice told reporters at a news conference here on Thursday.

Taliban: What's Next For The International Community?

“We’re guided by the international community in terms of the recognition of the government in Afghanistan and we don’t have that. So, the IMF programme there has been put on hold; and, again, as we said, last month, the country cannot access IMF resources, SDRs, and so on, at this point,” he said.

The Taliban seized control of Afghanistan on August 15, ousting the previous elected leadership which was backed by the West. The interim Cabinet announced by the Taliban consists of high-profile members of the insurgent group.

Several world leaders have announced they would see whether the Taliban fulfils its promises to the international community on issues like an inclusive Afghan government and human rights before giving their regime diplomatic recognition.

Afghanistan was already facing chronic poverty and drought but the situation has deteriorated since the Taliban seized power last month with the disruption of aid, the departure of tens of thousands of people including government and aid workers, and the collapse of much economic activity.

Foreign donors have suspended aid to Afghanistan, saying disbursements are contingent on the behaviour of the new Taliban-led government, which has not been recognised by any country.

Ordinary bank transfers to individuals in Afghanistan have also been blocked. That has left ordinary Afghans reeling from rocketing inflation, rising poverty, cash shortages, a plummeting currency, and rising unemployment.

Rice, however, said the IMF stands ready to work with the international community to advocate for urgent actions to stall a looming humanitarian crisis.

“We have said the immediate focus should indeed be on that humanitarian situation, aid to help the Afghanistan people; and allowing the flow of remittances and small-scale transfers; and providing assistance to countries hosting Afghan refugees,” he said.

Guterres told an international aid conference this week that Afghans were facing "perhaps their most perilous hour". Donors at the conference pledged more than USD 1.1 billion to help Afghanistan.

UN High Commissioner for Refugees Filippo Grandi has said that even before the Taliban took over last month, more than 18 million Afghans, or about half the population, required humanitarian aid.

Over 3.5 million Afghans were already displaced in a country that is battling drought and the COVID-19 pandemic.